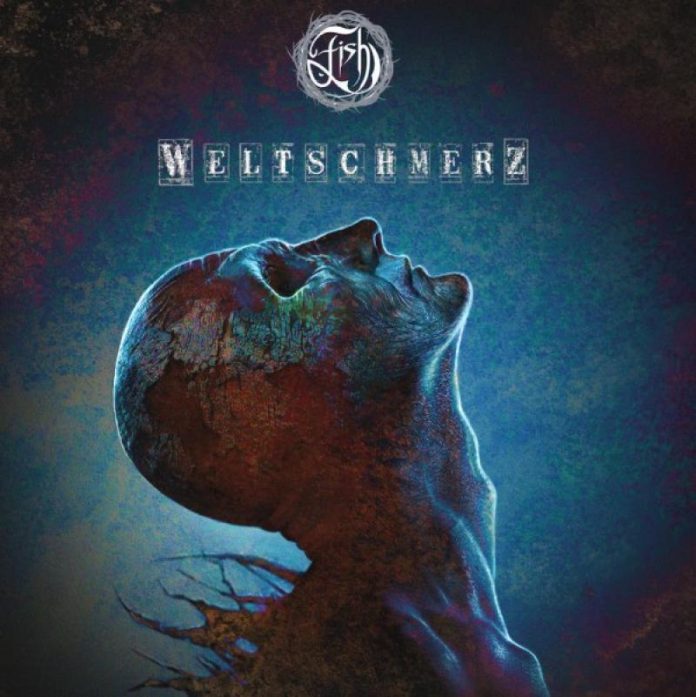 Of all the conversations I’ve ever had with my dad, this is up there as one of the oddest. Thorley Snr knows nothing about any record that came out after Led Zep III (beyond a rather odd liking for Adele), but the other week he says to me:

“Yes, seen them live loads of times, why?”

“Oh, their singer was on Gardeners World the other day. Smashing bloke, lovely garden. There with his wife, a German lady. Came over as a really decent chap.”

“Yes, that’s him, they mentioned Marillion.”

Now, I’ll be honest with you, that’s only in this review partly because it makes me smile, but also as prevarication. See, “Weltschmerz” is a magnificent, ambitious and sprawling thing. Something where nothing was off limits and the question “why?” was always answered with “why not?” but reviewing it beyond that is tough.

The reason for that is simple: This is not a record. It’s a journey. An experience. A fully immersive thing, that envelopes you, sweeps you along and makes you feel something different each and every time.

It came out about six weeks ago, but only now am I getting to review it, because I genuinely don’t know how to do it justice. It is almost an hour and a half long. A record you have to invest in – almost by definition, but if you do, it is a collection that has almost infinite possibilities.

Oddly, although it has a strong narrative all the way through, it is about what you want it to be about effectively. “Grace Of God”, the opener, sucks you into its world – with its sparse, almost electronic vibe it sets the tone for a more minimalist album than you might expect.

“Man With A Stick” for example sweeps itself along on the back of some almost primal percussion, before the more acoustic based “Walking On Eggshells” is something else all over again.

The album title (thanks Google!) translates into English as “a feeling of melancholy and world weariness” and that bleakness comes over throughout. Even the Celtic folk of “The Party’s Over” manages to make a ceilidh out of a song that starts with the line: “I’m calling it a day, enough of all this bullshit.” And this is scheduled to be Fish’s last record, so maybe there’s much in that line.

On a record where many, many have epic intent, then there are a couple of real statements. “The Rose Of Damascus” is a thing of genuine beauty. Everything fits here, every single piece of it, and the lyrics – which I haven’t really mentioned yet – are incredibly poetic.

Another of other of the songs in double digits in terms of time, “Little Man, What Now?” uses saxophone most superbly, a darkly jazz thing, it is at odds with other elements here such as the gorgeous “Garden Of Remembrance” and the accordion driven “C Song (The Trondheim Waltz) simply has to get bonus points for rhyming “mysterious” with “wisteria”, which takes some doing.

Three of these originally appeared on the “A Parley With Angels” album from a couple of years back and “Waverley Steps (The End Of The Line)” was a highlight then, just as it is now, and as the blues guitar line of the title track ushers itself in, Fish delivers the vocals in a way that only he could.

It ends, about seven minutes later, in a state of confusion before the ominous last line: “the rapture is near” brings things to an abrupt and kind of scary end (not going to lie, the first time I heard it, late one night on my headphones, I jumped out of my skin).

A genuinely brilliant record. Brave, ambitious, challenging and yet still accessible, if Fish is calling it a day after this, then it isn’t too much of a stretch to say he’s doing so with his best ever solo record.