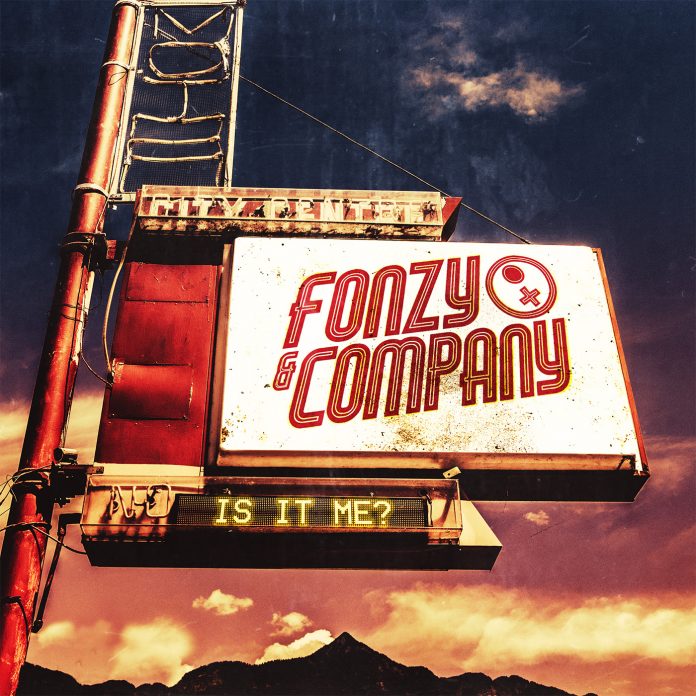 I know I’ve mentioned this before, but its always worth underlining. I don’t always know anything about the bands I review before I listen to them.

Which is where the three little letters FFO come in so damn handy.

FFO means “for fans of” and it helps clowns like me understand what they might be listening to.

Which brings us to Fonzy And Company. A Bristol five piece who popped up in the inbox claiming they “FFO Rush, Pixies, The Cranberries, Green Day, Brian Fallon, Fleetwood Mac and Weezer.”

Now, in truth, I could reasonably be called a “fan of” four of them and I like “Buddy Holly” by one of the others, but still, that’s the kind of eclectic thing that captures imaginations, right?

And, listening to the six songs on the record, you can see why it was so hard to categorise, because basically, it sounds like none of the above, mostly, but if you were going to have a stab you probably couldn’t do better as a description.

See, on “Is it Me” I thought I’d got it nailed and I was going to start wittering about bands like The Senseless Things and Honeycrack (take your pick from the mid-90s really), but then they do something that almost no one does. They have two singers, but not many do harmonies like this. Olivia Jury and Zack Reedon complement each other perfectly, and this bright, breezy, catchy, fizz bomb of 90s rock freak out, appears to set the tone.

And it does, for the three minute summer anthem of “Automatic Crying”. Acoustic and warm, it is superb, but this is a band with a lot to say and even more to do.

So “It’s So Real” takes a foray into soul. Reedon’s voice is mighty here, and his sax sets this off too, but they are nowhere done. “Hella Sweet” couldn’t sound more 80s if it was wearing shoulder-pads and I was trying to get girls to dance with me at a school disco. The keyboard sound has not been hear since “Easy Lover”, surely? It is, though, much fun.

Even allowing for the fact that by now, anything could happen, then “Jazz Tongue” still surprises. Mixing primal drums with pumping sax and a bass line that is so aggressive it would scrap you in an alley, it is perhaps the best example of what this band is really about. And then, the last one. “Zack’s Song” is as blissful as “Everybody’s Talkin’” and as gently sweet as Ben and Jason in their pomp.

All of which goes to prove that I hadn’t got a clue how to explain it either, so I’ll try this. Originality is unusual, and the “Is It Me” EP is unusually original.