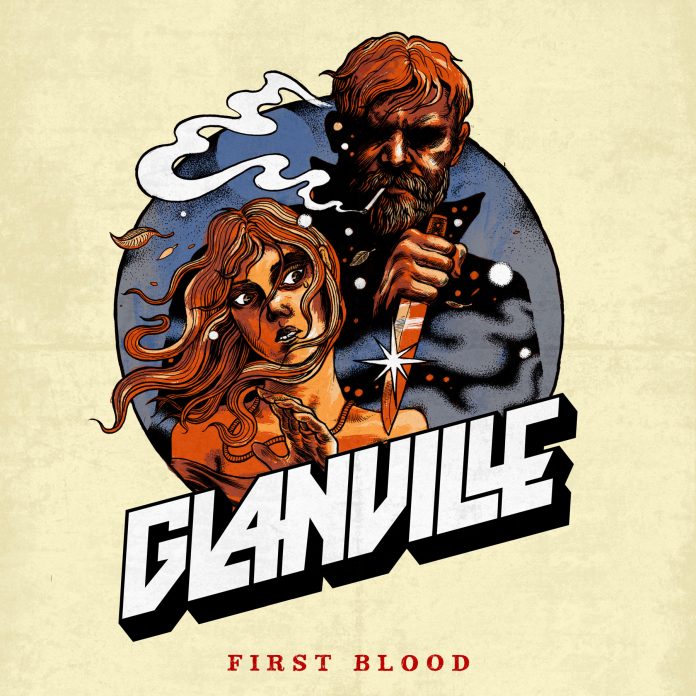 As you listen to him roar the lyrics to “God Is Dead” – a song so good it propelled Glanville to band of the day status on this site – its difficult to think René Hofmann was ever anything than the singer in a heavy metal band. But, he was. In fact he was originally Glanville’s guitarist.

Then, he had something of an epiphany. A road to Damascus moment – or certainly the road to the microphone, anyway – and ended up as the frontman he was clearly born to be.

That wasn’t the only bump in the road. Hofmann formed the outfit with his friend Philipp Michel. The pair have been in a string of bands in Germany and struggled for a year to find the right people to join them in Glanville.

Those struggles might actually be why the five tracks here sound so full of beans. The two are just grateful, perhaps to be making the record.

So it is that “…Dead” is NWOBHM style metal with a modern twist, and for all that it sounds like Iron Maiden it isn’t dated. Best of all though, and not just because it has a metronomic cowbell percussion line (which is always fun) is the quite brilliant “Dancing On Fire” which is sort of like Thin Lizzy at their most testosterone fuelled, but has a solo that is straight out of the playbook of underground heroes like Bible Of The Devil.

Not ones for getting too bogged down into one sound or another,  “Durga The Great” is unashamed and classic sounding heavy metal that knows its way around Dio’s stuff, but rocks out with a real sleazy air thanks to the twin guitar (Chris West of Trippy Wicked is also here). “Demons”, on the other hand is slower, but its backing vocals add a soaring arena rock element.

Indeed, such is the transformation across these five wonderful songs that it seems as if they’ve all become a different outfit before the end. “Time To Go” is an epic sounding thing, for example, in the Scorpion Child mould and a real prog feel at the end – there’s flutes for goodness sake, just like Camel – but just for good measure there’s enough denim and leather in the riffs to keep the horns up.

It will be interesting to see which of these bands Glanville become as they progress, but they have laid down a fine early marker with “First Blood” and whatever their tribulations and difficult history, it is worth it.