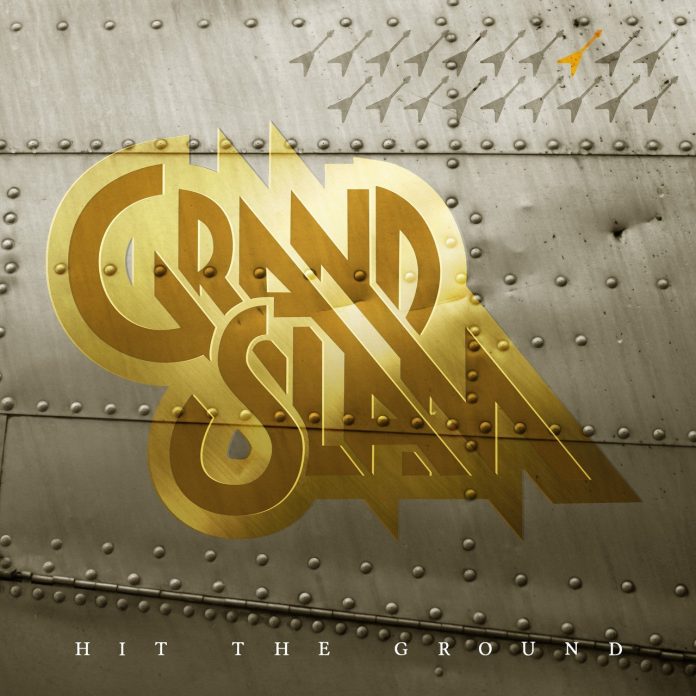 “The thing about the good old days, all that fun and there was plenty ……”

The first line of Grand Slam’s “Gone Are The Days” – also the first line on the record – doesn’t even bother to hide it. It is reminiscing, musing even on the way life goes.

The original version of Grand Slam, should by all accounts, have been huge.

The only reason they weren’t, it seems, is that they couldn’t get a record deal because their singer had a……lets say, “Bad Reputation”. They were formed in 1984 when Phil Lynott licked his wounds after the end of Thin Lizzy.

After some line up changes he got Laurence Archer – most recently of Stampede but perhaps best known for his time in UFO – and that is crucial, because Grand Slam is now led by Archer, and Grand Slam 19 as it were, is his vision.

But it is a vision that is rooted in the past too, and anyone who has the Grand Slam (previous version) records will recognise many of these.

That said, the “Archer originals” as it were, are magnificent too. Not least “…..Days” and you could argue, if you chose to, that no one has harnessed the Lizzy sound better than this, and the even better “Hit The Ground” since, well, Black Star Riders. Those two, never mind the legacy, never mind who was in the band, are two of the finest pure hard rock songs that you will hear anywhere.

And a big reason for that, for all Archer’s prowess on the guitar, is Mike Dyer. Because in the singer they have found someone who can harness Phil Lynott’s spirit but still own the songs.

Like “19”. I know the original, this version belongs to the “now”, though, and likewise “Military Man”. The regret of that track, the senseless loss of life comes through and maybe because of Dyer’s background in the West End, he does a wonderful job of interpreting things here.

“Crazy” lets its hair down and you can see why its been in the setlist for 35 years, and  when Dyer sings “you think I love you…..I just like you a lot”, you kind of hope he does so with a knowing look to the camera.

Perhaps the best known of these songs “Dedication” – it found it’s way on to a Thin Lizzy best of that began my love affair with the band as a teenager in 91 – is just wonderful, as is the emotion filled “Sisters Of Mercy” , which together with the strings of “Long Road” and the bluesy “Crime Rate” shows another side to the band – and the songwriting here.

It ends with “Grand Slam” which is an instrumental that sees Archer strut his considerable stuff, but the rest of the band here, Dave Boyce (once of Bucket and Co. and the Quireboys) and Benjy Reid (one time drummer in Praying Mantis) they clearly have a rare chemistry.

I was 10 years old on 4th January 1986 when Philip Parris Lynott died. I was just beginning to buy music that wasn’t my parents. As such, my bands as a boy were your Bon Jovi’s, Guns N Roses, Poison’s and a little later The Almighty.

However, what the 2019 version of Grand Slam have done with both the original songs and the ones that Laurence Archer has wrote himself over the years and added to this mix is little short of sensational.

And the thing about the good old days? Well, they ain’t over yet. Not by a long shot.