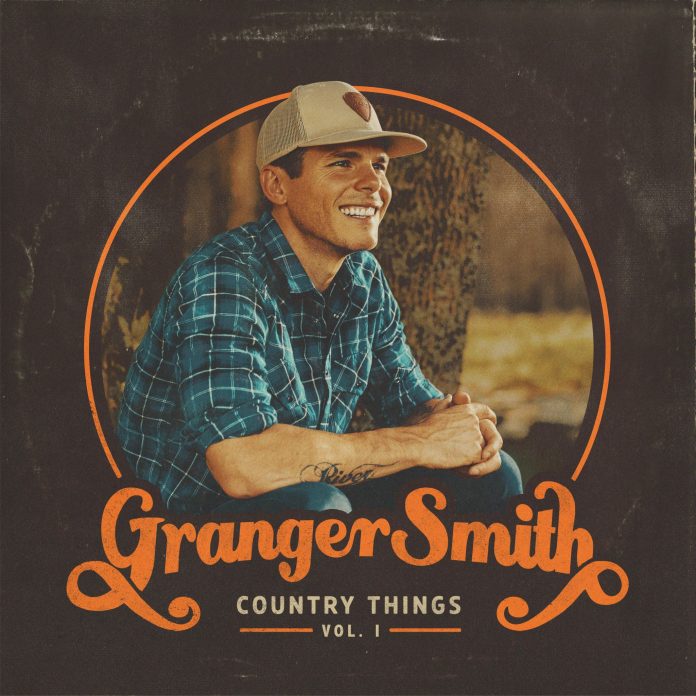 There is something truly wholesome about “Country Things Vol 1”. From the cover: Granger Smith with the whitest teeth since that episode of Friends, staring smiling down at you, trucker cap, plaid shirt, you know what this is going to be.

There’s something equally and deliberately old-time about the title track (first line “Whippoorwill singing on a summer night”, chorus line: “dirt road, slow jam, yes sir, no ma’am”). It longs for simplicity, for a happier time.

So many of these type of records do, of course, but for Granger Smith and his family (who star in his YouTube series) this record is even more important than normal. He lost is three year old son, tragically, last year and maybe the warmth that is on offer here is a reminder to himself, his loved ones and everyone else, that we are not alone.

Thematically, the eight songs don’t stray far from the path too far. “Hate You Like I Love You” is the ballad, “I Kill Spiders” is the sweet one for his daughter, and no doubt dads the world over will listen to this, thinking of their own.

That’s the point, really. This is universal. This is for everyone.

So that even if like me you’ve never been near a back road in Texas, you can relate to the character on “That’s Why I Love Dirt Roads” (co-written with Chris DeStefano – songwriting partner to Kelly Clarkson, Jason Aldean and about a million others) and his struggle for freedom. That’s why, even though I’ve never sat on a beach in Cancun, then the gentle calmness of “Mexico” transports you to places that it’s supposed to, drifting, floating, relaxed.

The last three speak more directly to the base, as it were. “Chevys, Hemis, Yotas and Fords” might not translate anywhere else (they are all trucks) but it’s a heavier, more Southern rock thing (there’s a lead that wouldn’t be out of place on a Skynyrd record, say) but its key line is towards the end: “what makes a truck,” says Smith, as firmly as he is anywhere here, “ain’t the emblem on the grill, it’s the blue collar hands on the wheel”.

The inference is clear. He’s speaking to his people. He certainly is on “Heroes” too. A celebration of the ordinary, the working class, the good ol’ boys and girls if you like, and even gets his alter-ego “Earl Dibbles Jr” out for the last one, “If You’re Country And You Know It”, is almost literally a hymn to the country things, and as it puts it “if you’re from the city and you’re just hanging around, come on, admit it, you’re one of us now…..”

And right there is why these type of artists always cross over. There’s just something of the “everyman from everywhere” about the sound, the words and the music, and that is all the way through “Country Things Vol 1”.