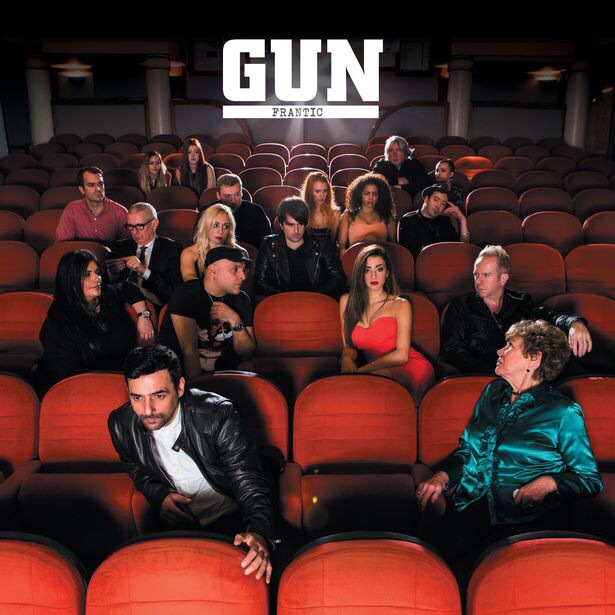 About 20 seconds into this record – right at the start of “Let It Shine” actually – Gun announce their comeback is finally complete. There’s a gospel tinged opening almost as window dressing, but right after comes the type of pop-rock groove that was the bands stock-in-trade back in their heyday twenty years ago.

Why is this important? Well, Gun sometimes seemed to forget that they were rather good at this stuff. Certainly the “Popkiller” mini album which they released on their return wasn’t quite good enough, and “Break The Silence” from a couple of years back, although better, still wasn’t  totally what you felt the band should be doing.

“…..Silence saw former bass player – and founding member – Dante Gizzi take over as a singer – replacing Toby Jepson – and everyone seems a little more comfortable with that this time around. The craft is back in their songwriting “One Wrong Turn” is exactly the type of track that Gun used to toss out with abandon on their early work and is a catchy as hell reminder of why they once shared stages with bands like Bon Jovi and Bryan Adams, and just in case you thought this was a one-off the T-Rex ish glam slam of first single “Labour Of Life” reminds you most succinctly.

What Gun never were, even back in the day, was a balls out rock band and they aren’t here either. “Beautiful Smile” has a kind of repetitive dance like quality and the acoustic driven strum of “Our Time” is just a fine piece of pop music. That theme is continued by “Hold Your Head Up,” which has a kind of 1960s dreamy feel, which is further explored by the albums ending track, the simple balladry of “Never Knew What I Had.”

There are a couple of moments that don’t work, the title track oddly being one of them, but when they get it right, as on “Seraphina” then there is much to like about “Frantic.”

A record of this sort is refreshing in 2015. Most things want to be achingly cool, or part of a scene. Instead Gun have made the record they wanted to, with seemingly no thought about anything else.

For that, we have to say welcome back boys.