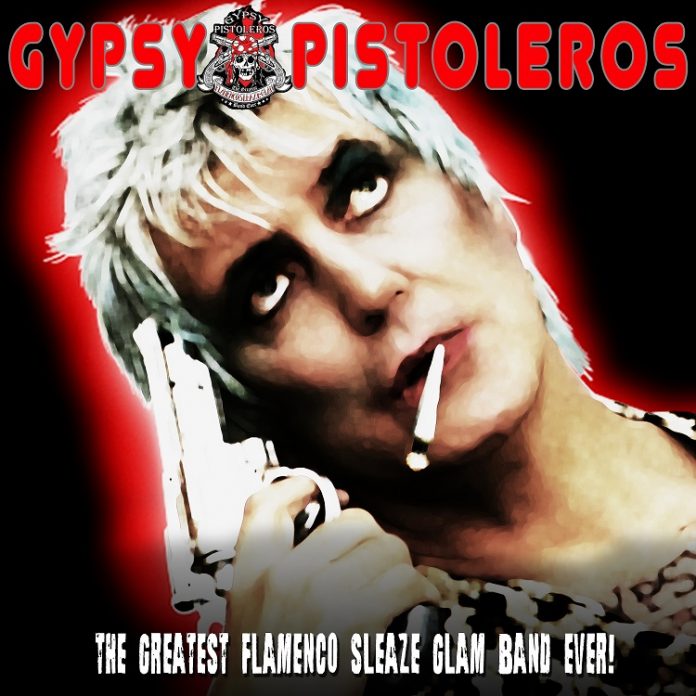 But if you still need a handle on it. There’s a cover of Ricky Martin’s “Livin’ La Vida Loca” on this anthology (Gypsy Pistoleros had a minor hit with it – and the video is proper sleaze) when and when it finishes Gypsy Lee (he’s the singer) summons his best Axl Rose: “take that one to heart!” he sneers, like the most dangerous punk rocker ever.

And on one hand that’s it, basically. GP are mad, possibly dangerous to know (they certainly aren’t bad), but then, on the other hand that isn’t it at all.

See, you have to look at the context of this, I’d argue and for that, I need to take you back to the clubs of the Midlands about 15 years ago, maybe more.

The Gypsy boys, you see, as much as they wanted to be from the desert in Mexico (and the story goes that Lee had the idea for the band while living in Spain and opening for Motorhead) were actually Midlanders – if memory serves it was Worcester – like me and as such, I saw them a lot. I loved them. I never got grunge, not really, was never the market for nu-metal or pop punk. But when they played “Pistolero, Pistolero” it was as sleazy as Dogs D’amour having a knee trembler in the car park while Tyla wore a Zorro mask.

Once you’d got over the “what the hell is that?” moment, you realised that what you were watching was firstly truly original, and secondly truly superb. If you grew up with the same bands as me, the Poison’s, the GnR’s the Michael Monroe’s and the Skid Row’s of this world, then I’d contend its damn near impossible to listen to “Last of the Jetboy’s and not love the thing. Like LA Guns doused in Nando’s sauce, it is damn near irresistible, right?

There is just something nefarious about the like of “What’s It Like To Be A Girl?” but I’d like to right a common misconception about the band. Because for all the image, for all the Mariachi flavours, this is not some gimmick. This is not some awful Steel Panther-type pastiche. Rather there’s a songwriting skill to the likes of “Una Para Todo Es Bandido.” Which sounds as good now as it did in 2008 when I bought the album.

This, actually, is as good as sleaze ever got in the last decade. It understands there should be a hint of violence, as there is on “Chico’s Peligrosa”, it even does balladry pretty well when it wanted – as on “Moonchild” and, oddly this was a band that was happy, adept even, at doing lengthy prog-like epics. “Sangre Till Dawn” is eight and a half minutes of sheer class, and it was class that said: don’t underestimate us.

“Living Down With Gypsies” is like the house band in Butch and Sundance’s hideout in Bolivia should sound, and their version of “Gypsies, Tramps and Thieves” is – a bit like “…..Loca” better than you might imagine it would be. “It’s alright,” they used to say, “you can admit you liked this all along” and there is an element of truth to that, I guess.

It ends with “Forever Is Para Siempre” – another from “Bad Reputation” and the 12 years that has passed done nothing to dissuade me from the opinion I used to have back then. Gypsy Pistoleros were, and still are, a breath of fresh air. You will never hear another band like this. They are the greatest flamenco sleaze glam band ever. And that’s just a fact. If you don’t believe me, listen to this.