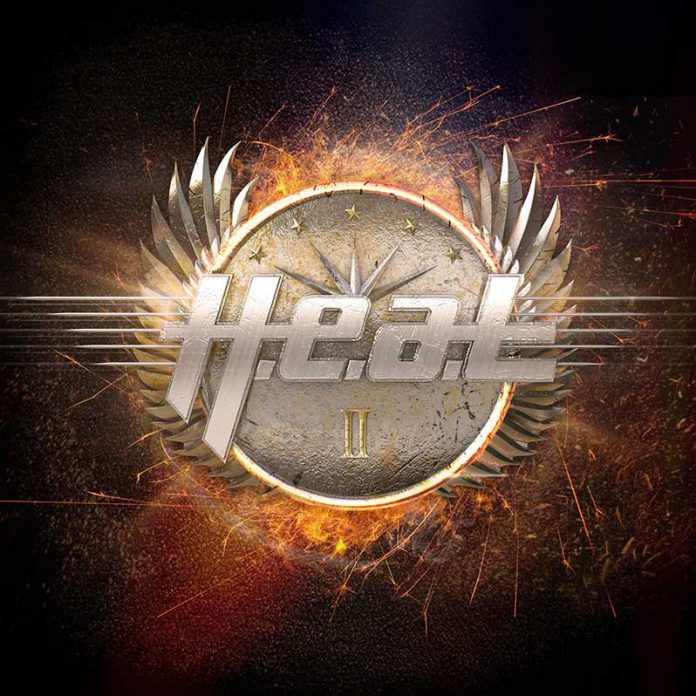 Not that they’d let me on or anything, but if I was ever a contestant on Mastermind (stop laughing at the back, I am talking hypothetically….) I know what my specialist subjects would be – and don’t pretend you haven’t worked out yours either.

Now, I accept that this has me living in the past, as well as giving my age away, but in my defence, it was Blur who pointed out that modern life is rubbish.

Fast forward, to 2020, if we must, and H.E.A.T are starting their new album with the most 80s thing you have ever heard. Christ above, once that keyboard and drums thing on “Rock Your Body” happens, if you haven’t got your fists in the air and considering whether to grow a bubble perm, then this isn’t the record for you.

Thing is, whilst this couldn’t sound more Def Leppard if it tried, that sort of does H.E.A.T a disservice. Because if blokes like me stopped being so lazy and looking for all things retro, then the Swedes have so much more going on.

The clue is in the title of the record. “II” is a nod, as keyboard man Jona Tee (who co-produces the record with guitarist Dave Dalone) points out, to the fact that if they had released their debut album in 2020 rather than 2008 it would have sounded like this.

And believe me, when this gets it right, as it does often, but on the incredible “Dangerous Ground” for one, it leaves the likes of Steel Panther and those guys in their wake. The first single for a reason, its double entendre of “a fully erect machine,” would make even AC/DC blush.

It’s not that it is achingly modern, but nor are the likes of “Come Clean” boringly retro. Ok, so there’s enough in them to have you getting your Trixter records out, but “Victory” owes more to heavy metal than it does to the Sunset Strip.

This type of thing doesn’t get more interesting these days than “We Are Gods”, essentially a full on parping power metal freak out, nor does it get more lovingly done than “Adrenaline”.

Special mention must go to singer Erik Grönwall, who is in brilliant form here. I’ve only seen the band live once, when they were on with Backyard Babies and Skid Row last year, and he is up there with the best of the modern guys. But it’s his voice here that sounds just so good, even recalling Dio in places.

Basically, H.E.A.T are masters of the three and a half minute hard rocker. “One By One” has a touch of sleaze about it, but is wholesome enough that it can be universal, and they can knock out an 80’s sounding power ballad if you want. Someone told me the other week that it was 30 years since the debut Slaughter record was released (enough to make you feel old, if you bought it the day it came out) “Nothing To Say” would have fitted on it perfectly.

This would be nudging a perfect ten score, if “Heaven Must Have Won An Angel” didn’t sound quite like a reject from Danger Danger’s AOR heavy debut album, although “Under The Gun” puts things back on track by being ace and stuff.

“Rise” sees Tee give himself a keyboard riff that isn’t far from prog metal. It is yet another example of the fact that H.E.A.T aren’t the spandex clad airheads they often get tagged as. This owes more to Sons Of Apollo than it does to Warrant.

“II” is utterly fabulous. It sounds like a band that understands the past but still wants to forge a future. Starting all over again? Maybe. It is also, hands down, the best record H.E.A.T have ever done.