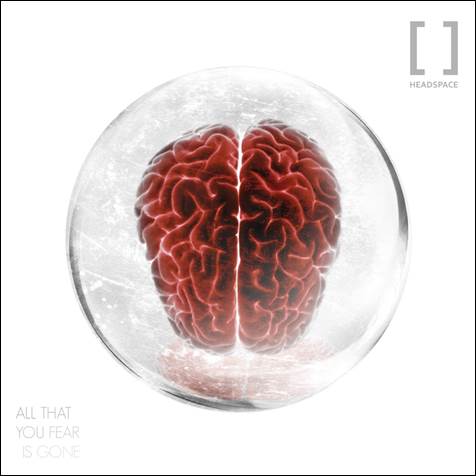 Right from the off this, the first record from Headspace in some four years strikes an almost nihilistic tone. “The Road To Supremacy” begins with a narrated section before singer Damian Wilson intones with these words: “Give us what we can’t get on our own/give us entertainment to keep us calm/give us insurance that we are sane/give us the focus to pin the blame”.

That perhaps makes it clear that there are dark and complex themes here, and that feeling never really leaves throughout the labyrinthine “All You Fear Is Gone”. It’s fair to say that these are not four minute pop songs and we wouldn’t want Hesdspace any other way.

That’s not to say, though, that the record is one that is more entertaining for the players than the listener. “Your Life Will Change”, for example, takes myriad twists and turns and when all is said and done, has more than a hint of Dream Theater about it, while the wonderful “Polluted Alcohol” is almost southern rock and campfire tinged – although it’s a campfire next to a meth lab such is the darkness contained in its acoustics and harmonies.

That’s the beauty of Headspace, they can’t resist trying something different. The question “what if” is one that you imagine was asked plenty of times in the studio throughout the making of this. It’s heavier moments, such as “Kill You With Kindness” which begins with a mighty riff, sit neatly with the more shimmering material, with the title track and “Borders And Days” fine examples of the latter.

This being a full on prog rock record, there are as you might expect, a couple of huge epics. It’s typical of this band and their desire to do things their own way, that they’ve chosen one as the single “The Science Within Us” – although trimmed down for radio – is 13 minutes that better than most encapsulates the record as a whole. On occasion unsettling, on occasion dark and difficult, but always superb, it’s a mighty fine effort. The other 10 minute plus piece is “Secular Souls” which follows a similar wilful path and acre as the records wonderful closing track.

In the midst of all this are a smattering musical interludes and one song “The Day You Return” that packs more into its 3 and a half minutes than many bands would dare attempt on a full album.

And that tells you pretty much the key to Headspace. Whatever they try and do here, it just comes off. “All You Fear Is Gone” is more immediate than some albums of this type, but invest the time and it becomes great very quickly.