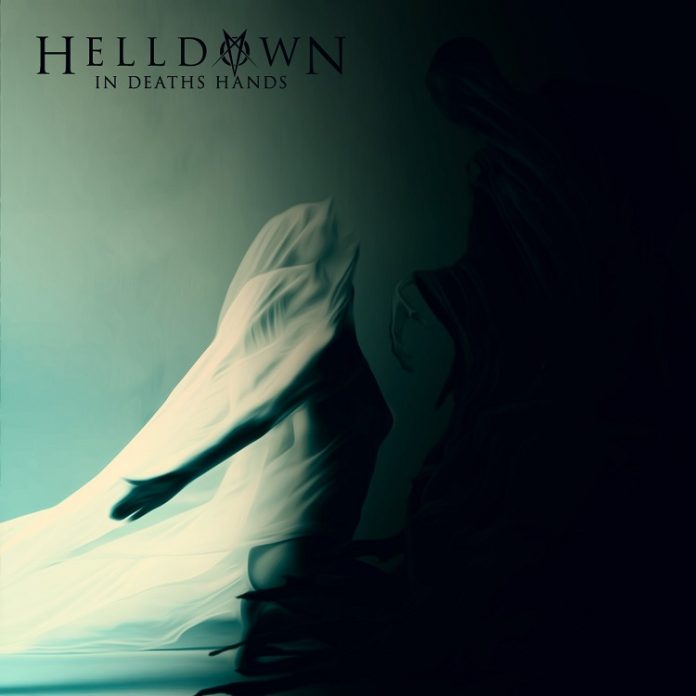 So, here’s a thing: I don’t always like the bands I have on as Band Of The Day.

There, I’ve said it.

However, sometimes, one is ace.

Sometimes, one is as good as Helldown.

Now, there’s another thing. I don’t always review what I get sent (but I always like what I review) and behind most of them there is usually some exasperated PR person trying to push the wares of whatever and whoever, sometimes by telling you what it sounds like.

I guess most accept this – after all as the broadcaster Danny Baker used to put it to a guest on his radio show, “it is unlikely we’d have got together this morning if you didn’t have something to sell” – and I tell you this to give you some understanding of how the new EP from Helldown – a four piece from Wales got to me, and how they got to be Band of the Day earlier this week.

To let the final daylight in upon magic, the PR people (usually) send some stuff with it to tell some me info to make me look like I know my stuff, so because of this I know Helldown played with Phil Campbell on one of the Motorhead god’s recent shows.

If that bit caught my eye, then it was nothing compared to the magic words “they got together over a liking for the back catalogue of [amongst others, but we’ll get to that] Thin Lizzy. Any mention of Phillo’s lads gets me going.

To be honest though, barring the fact that all great music should have some kind of Lizzy lover behind it, what Helldown do has nothing to do with any boys back in town, jailbreak’s or indeed cowboy songs.

Because it is clear that the four tracks here are influenced by the likes of the other bands they’ve opened for, like Toxic Holocaust, Exhumed and others. Plus, there’s the idea that other bands they mutually bonded over: Slayer, Priest, Metallica.

Let’s be absolutely clear too. “In Deaths Hands”  is as heavy as you like, as authentic as you please and a quite fabulous example of modern thrash metal.

“The Unnamed” is straight into the Slayer stuff and would be in the moshpit with you if you get the beers in. Ben Evans plays bass too, as well as ripping the vocals out, just to keep the Slayer comparison going a little longer.

This, when it chooses, absolutely crushes and when the lead of Lewis Larkham pierces in the intro to “Mortal Shell” it does so on the back of some mighty drumming from Ross Thomas.

That alone is enough to convince that this is seriously good, even before the highlight of “Heretic.” Heavy metal tinged thrash hasn’t been this good or fresh for a while, and the vocals being clean (that means no growling) doesn’t half help.

The fourth and last is just as good too, “Flames Of Heresy” does enough in four minutes for you to consider which epithet you are going to add on to the end.

The Slayer thing doesn’t cut it really, not all the way, because this sounds British. It reminds a touch of Beholder at their best, perhaps, and the way that Matthew Evans expert rhythm underpins it all is excellent too.

Best just to say this: Thrash has, if not been in deaths hands totally, then it has been a little short of a new blood transfusion in recent years. This is a band that might just help it back to proper health.