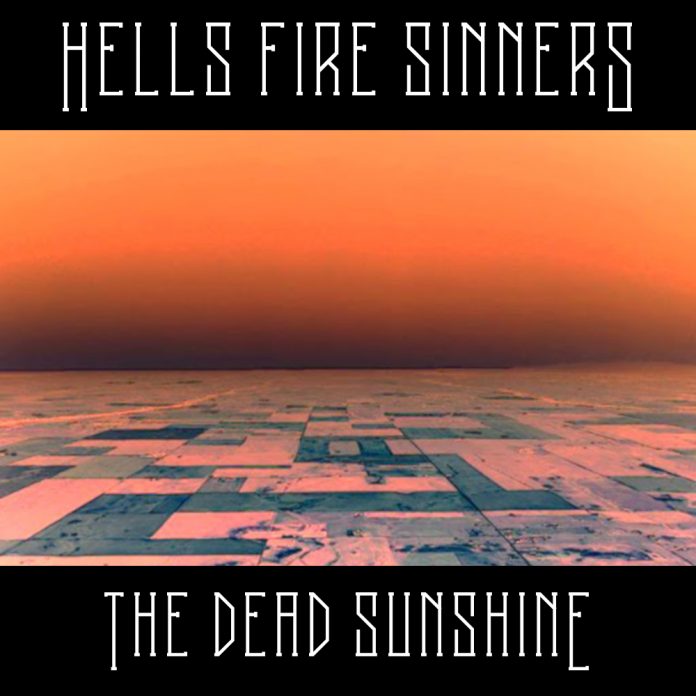 This record doesn’t do pre-amble. If usually there’s an intro for a bit of foreplay, some kissing, cuddling  ok….price negotiation on occasion (that’s a joke I promise, and we’ll move on) if you will, this is a knee trembler.

No messing, we are off and running. “Goddamn, I Hate Myself” is brilliant too. As euphoric as Jason And The Scorchers, thumping, bumping, energy, a fizzing rock n roller. You think you should join in, maybe and cut the fat away from the review, leaving just the lean, mean and the facts, Jack, just the facts, but then.

Well then, dammit, you notice that on the notes for the thing the album was recorded at the Amish Electric Chair studios, which is probably the single greatest name for anything. Ever.

And you are off into some reverie, trying to work in a reference to the film “Witness” somehow, but Hells Fire Sinners have raced through three songs, and couldn’t care less what you think.

The thing is, there are some bands that are just “cool”, there is something about them. They exude rock n roll from every pore of their body. Guns N Roses, Backyard Babies, Biters (who I swear were sent to save music, they just never realised it). It’s a feeling that if you take one on, you’d best be coming heavy because it’s a gang.

HFS have that. “Sweet Mary” has everything that all those bands had, despite sounding like them all and none of them at the same time.

Matt Toledo on Lead Guitar manages to change the mood of the track with every riff, like “Lets Rebel, Let’s Start A Fire”, which sounds like The Cult jamming with Volbeat, for goodness sake, but then, right after, they are making “What If We’re Already Dead” sound anthemic. You just know its going to burst into action, and crikey when it does – The Georgia Satellites ain’t got nothing on this.

But in amongst all this, their lurks a punk a spirit. Alan Downing pulls off lip-curling to perfection on “Fuck It All” (sample next line, “fuck it all to hell, lets soak this world in gasoline light a match and watch it all burn down”) and it sounds wonderfully drunk, unhinged even, but then actually turns into an almost folky lament.

This diversity never stops really. “Spinning Out” does hard rock better than you do it, and the thing is propelled by Alex and Andy Neff. The rhythm section here, they crackle with electricity, so much so, when they make a big arena rocker out of “We Die for Rock N Roll” you almost think they might.

There is a ragged, scrappy, primal yet working class heart beating here, though. “We’re All Gonna Die” makes the best of it – got some living to do, it offers, and this is kind of country too, so in many ways we’ve come full-circle.

Hells Fire Sinners know that ultimately it is all pointless, but you might as well find some enjoyment in the chaos. That’s what this is about, and that’s exactly why “The Dead Sunshine”, is so warming in its own way.