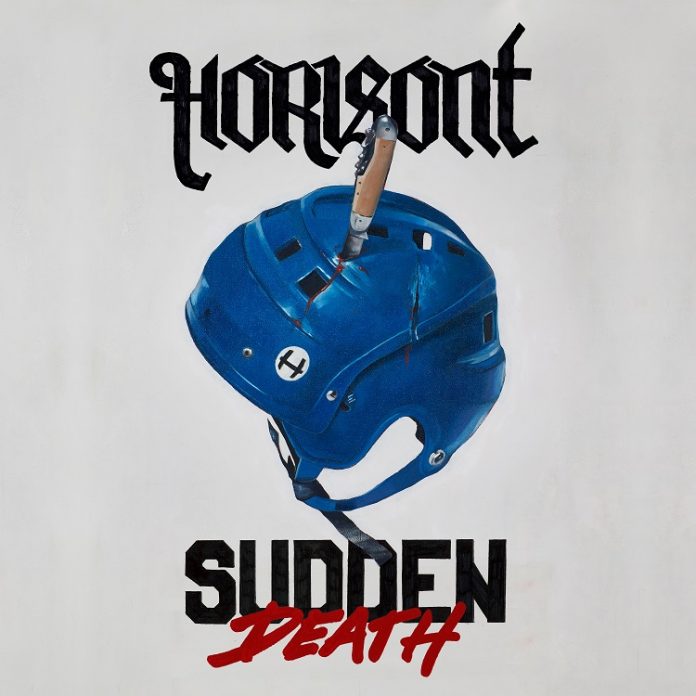 A wise man once wrote about Horisont: “[They] often get wrongly labelled as “Retro Rock”. Nothing retro could ever sound this fresh.”

The same genius also said of their 2015 record, “Odyssey”: “If awards were given for ambition then “Odyssey” would be the album of the year. As it is it’ll have to settle for bring almost perfect.”

And of “About Time” in 2017, the sage like one said this: “If their last was an odyssey, this is a rock n roll masterclass.”

Ok genius is strong. Wise man, ridiculous (crikey, said person put a x at the end of the wrong text message the other day and shit himself for an hour) but he’ll stick by what I wrote about the Swedes (and won’t refer to himself in the third person again in any review…..).

Singer Axel puts it rather more succinctly too: “Our mission was to make the record that WE wanted to do, and not what people expect us to do”, he says, and you have to concede he does have a point.

“Sudden Death” isn’t the kind of record that gets made if you are worrying about the “rules”, or “demographics”, or Spotify algorithms – it does get made if you are talented and following your own path.

If years of following Horisont has taught you one thing, it is that they are the chameleons of rock. Even allowing for that, you best be prepared for the opener. “Revolution” is full on 70s Glam Rock. So glam, in fact that you wouldn’t be surprised to see ELO playing it. Like everything else they do though, they just get it right.

“Free Riding” takes the wall of sound of Springsteen’s “Born To Run” era – the piano at the start is so Roy Brittan-esque – and mixes it with Thin Lizzy’s double harmonies, then about halfway through turns into a full on prog thing. And back again.

Don’t be surprised, its that kind of record. Anything can happen and probably will. Including, actually, the sort of rock n roll that you might think would be the Horisont trademark, too. “Pushing The Line” wouldn’t be out of place on a Hellacopters record, to be fair. That they follow it up with the sax driven, prog feast of “Into The Night” is typical of what goes on here throughout.

Pick a twist and turn and they probably take it, too. “Standing Here” is all lush strings and 70s sheen, and a word too for twin guitarists Charles and David, who are in stunning form throughout this record, but especially here. They are to the fore on the early Kiss (ish) flavours of “Runaway”, and as is the norm on recent Horisont records, there is one in  their native language, “Gråa Dagar” floats along on a warm, summer breeze, even if I haven’t a clue what it is about, it about nails a vibe.

“Sail On” rattles along with a bit of a Yes flavour, and “Breaking The Chain” takes the space rock thing that they sprinkled through “About Time” and dials it up a notch or two, while “Hold On” has the kind of gravitas that speaks beyond mere “rock n roll” and into “art” – and that feeling is all over the ending “Archaeopteryx In Flight” the eight minute instrumental that they conclude this with. It takes real bravery, never mind skill.

Of course, it comes from the Devil May Care attitude of making a record for yourselves. The difference with Horisont is that they really do what other bands say they are doing. Reinvention is tough, but to do it every three years or so? It’s unheard of in modern rock. “Sudden Death” is another rebirth. Horisont: for those about to … do whatever you like, we salute you.