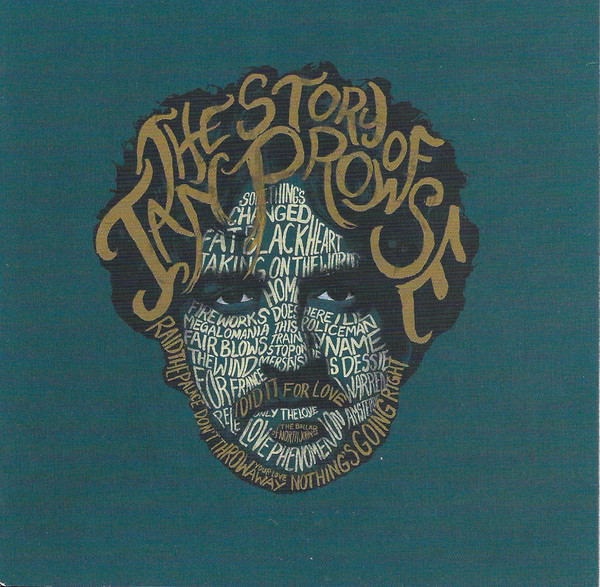 There are so many singer songwriters from Merseyside that really deserve much more recognition than they get, such as Ian McNabb, Ian Broudie, Colin Vearncombe, John Power, Pete Wylie, and Howie Payne, to name but a few. Another I would add to this select group would be Ian Prowse, although born in Ellesmere Port about twenty miles away from this metropolitan county in the North East.

Ian has acquired some admirers of his music down the years including songwriters like Elvis Costello, Christy Moore, Baz Warne (from the Stranglers), Miles Hunt (from The Wonder Stuff) and Damian Dempsey. Ian was the frontman of two highly regarded bands, Pele, and Amsterdam, before deciding to pursue a solo career. “The Story of Ian Prowse” is a retrospective new album packed with eighteen tracks, spanning thirty years and offers a taste of both bands, a flavour of his solo offerings, a couple of duets and a newly composed track.

It was easier to split the album into sections so the tracks that cover Ian`s Amsterdam period include the stunning ‘Does This Train Stop on Merseyside’ a quite heart breaking ode which leaves no holds barred covering subjects such as Slavery, Famine, a subtle nod to the Fab Four, James Bulger to the Hillsborough disaster. A John Peel favourite and having listened to its raw emotion it`s understandable why it was covered by legendary Irish folk singer Christy Moore. `Home` is almost hymn like, a richly melodic piece and has an almost Irish / Scottish lilt, why one of the tourist boards haven`t used this in a campaign is beyond me. Amsterdam`s first single `Love Phenomenon` is a wonderful earworm of a song with some superb harmonies and a chorus that will have you humming it all day long. The last offering is `Takin` On The World` a charmingly encouraging sentiment, set to a captivating tune

I always felt that Pele were a Celtic tinged pop band and It`s understandable why `Fair Blows The Wind For France` gave the band their biggest UK hit, a really uplifting upbeat song which always makes me think of `Come On Eileen` era Dexy`s Midnight Runners. `Fireworks` the title track from the first Pele album follows and it`s a similar cut. The accordion or keyboard conclusion is a joy to behold.

Pele had so much going on musically and `Raid The Palace` magnifies this with it`s vibrant style a song that almost painted colours musically. Songs such as `Fat Black Heart Natural Born Enemy` from the 1993 “Sport Of Kings” album and `Policeman` are more laid back and reserved. The former allows Ian`s aching vocals to shine, whilst the latter benefits from a strummed guitar, piano twinkling, and sweet harmonies. Finally, `Megalomania` was a number one hit in South Africa, a buoyant and bubbly song that will have you if not up dancing, at least tapping your foot along. The band wouldn`t go to promote the song in the RSA due to the boycott, during the time of the apartheid regime there. Unlike so many others.

The solo numbers include a cover of the protest song `My Name Is Dessie Warren` taken from Ian’s second solo album Companeros.  It narratives the story of Dessie, a construction worker and trade union activist imprisoned for “conspiracy to intimidate” in 1972 whilst picketing along with Ricky Tomlinson, who continues to campaign for Warren’s name to be posthumously cleared, along with his own. Dessie passed away in 2004 from Parkinson’s Disease that has been linked with the long-term effects of the treatment he received during his incarceration, Real lump in the throat stuff.

`I Did It For Love`, `Something`s Changed` and `Here I Lie` are all upbeat catchy joyous numbers. The latter two are off last year`s release “Here I Lie” with the title track beginning with birds twittering in the background and just Ian and an acoustic guitar. All very emotive, inspiring, and uplifting. As a contrast to these. `Ballad Of North John Street` is a beautiful love letter to the city of Liverpool. An anthemic narrative.

There are a couple of duets with `Don`t Throw Your Love Away` a song recorded with Elvis Costello. The guys distinct vocal styles really complement each other with rich harmonies on the chorus This song is so simple song but so effective. `Nothing`s Goin` Right` featuring Christy Moore is very poignant as Christy joins in reciting some quite haunting poetic words. The differing approach in styles from the fellas combine to blend in an almost yin and yang effect, The latter part of the song enjoys some heart wrenching uilleann pipes. This showcase concludes with `Only The Love` a specially recorded brand-new song which rounds off this collection with another blissfully uplifting arrangement.

This album is a marvellous reflective look at the career, so far, of Ian Prowse through his two bands and solo compositions. Undeniably, he should have far more recognition and success which this gifted singer – songwriter deserves but sadly that`s life. If there ever was an assortment of songs to raise your spirits during these difficult times, you would be hard pressed to find better than this.