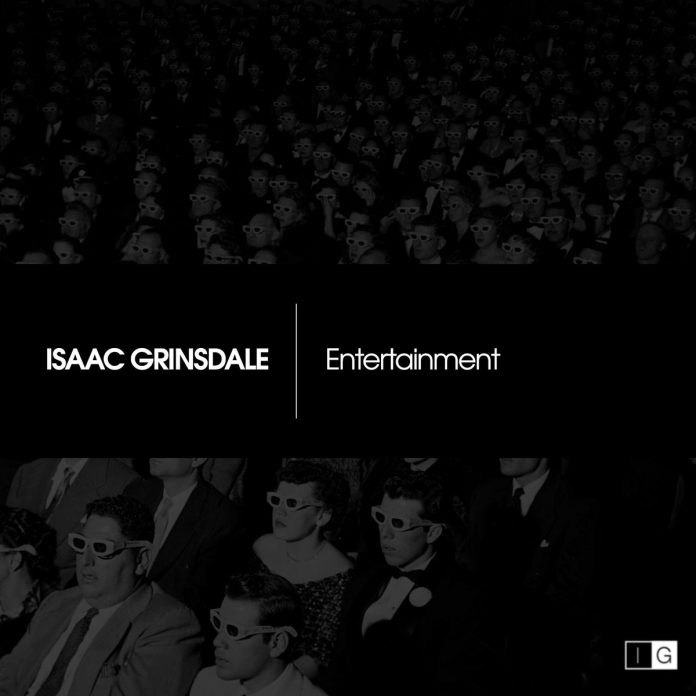 Isaac Grinsdale is an alternative rock singer songwriter who has performed in numerous rock and hardcore bands over the years. The focal point of his musical endeavours nowadays is more aligned toward acoustic music. He has a four track EP called “Entertainment” upon which he not only played every note of every instrument, but also mixed the recording as well.

`The Blind Leading The Blind` kicks us off and it`s a really nice mid-tempo offering with some interesting guitar chord changes and his gentle vocals which were quite hypnotic at times.

Title track `Entertainment` is a little more aggressive but benefits from some really intricate chord arrangements. I really enjoyed the slower paced `Nullius In Verba`, a Latin phrase which translates into `take no one’s word for it` The drumbeat, and guitar inflections set up a platform for Isaacs melodic vocals to shine through.

The EP closes out with `Speed Of Film` and it seems that he`s almost left the best to last. The strummed guitar and aching vocals really shone on this number. A song of reflection.

Isaac has shared that he is inspired by artists ranging from Damien Rice to Radiohead and maybe a little of both come through in these songs but they are full of rich melodies and Isaac has such a versatile vocal range that can move from powerful and persuasive one minute to agonising and vulnerable the next.

I really enjoyed this introduction to this talented artist, a major UK Tour in support of the release is promised in the new year and that`s something I’ll look forward to.