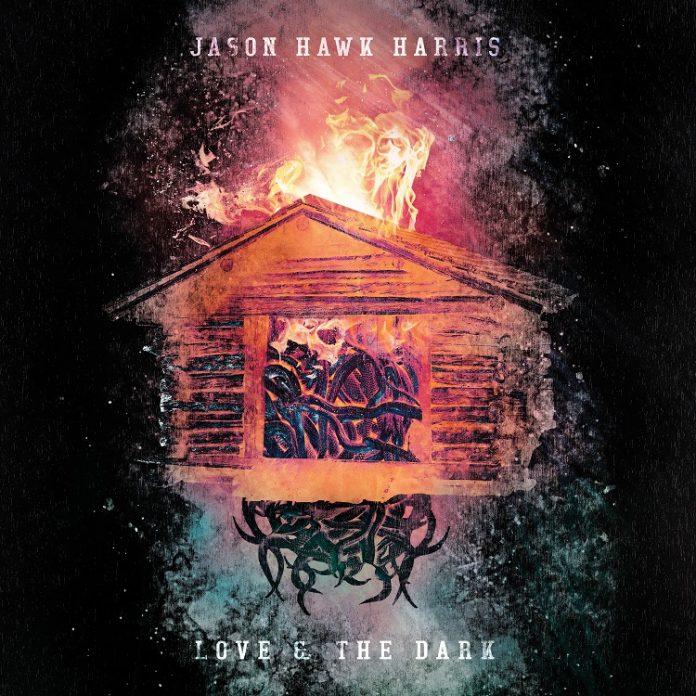 Lou Reed, as UK Broadcaster, Danny Baker observed so correctly once, is a nuisance. Crikey, even if I liked the fella’s other output – which I don’t and never will – then the collaboration he put out with Metallica a few years back might well be the worst album ever made.

There is, though, one thing I like about Reed. “Perfect Day” – ostensibly a love song, and used on the Children In Need charity single in the late 1990s – is about heroin, as I understand it.

Proof, if ever it was needed, that you can wrap up anything in a “nice” tune and the public lap it up. I’ve always enjoyed that type of subversion. And it is all over “Love And The Dark”.

At this point, maybe, it will be instructive to print a paragraph that appeared in the biography that got sent with this.

“While writing the album Jason’s mother passed away from complications of alcoholism; his father went bankrupt after being sued by the King of Morocco; his sister was diagnosed with multiple sclerosis and gave birth to a premature son with cerebral palsy; and—subsequently—Jason got sidetracked by his own vices”.

All of which, obviously, means that first and foremost he deserves our sympathy on a human level, but second that darkness and pain informs the album in a very real way.

However, because Harris is a fabulous songwriter, you don’t really notice at first. Indeed, you lose yourself in the glorious, grandiose opener “The Smoke And The Stars” and its  Jason Isbell-esque class, before you’ve worked out that you’ve listened to something that when you strip it away is absolutely fragile.

That one only hints at country. “Cussing At The Light”, the one that follows, is straight out of the honky tonk, but it is a rumination of rare rawness on alcoholism. “Was it really for the best,” he asks, over something that is ostensibly as cheery as you like, “when I am blacked out at some party trying to fill the hole you left?”

But more than anything else, these are just fabulous songs. The barroom piano on “Confused” carries the thing in the most wonderful way. So much so, that it’s a while before it hits that the track itself deals with dysfunctional relationships.

That’s the way Harris does things. There’s more than a touch of early Steve Earle about “Giving In”, but the way he deals with grief on “Phantom Limb” is as striking as it is jarring, and that one, with its haunting, bluesy guitar lick and strings is arguably the highlight here.

The screeching “I’m Afraid” casts him as a fire and brimstone preacher, and there is a bit of a soulful interlude on “Blessed Interruption”, together with some interesting lyrics, and just when you think this can’t find another angle, it comes back with two minutes of proper rock n roll in “Red Room Blues”.

A record that often feels deeply – and sometimes uncomfortably – personal ends with another from that area with “Grandfather”, which relies on its lilting musical backdrop to carry it through, but the way it builds is something really fresh.

Quite apart from anything else, “Love And The Dark” is a brilliant debut record. Assured, superbly conceived and proudly original. When, however, you factor in what it means on top of all that, it is pretty much astonishing.