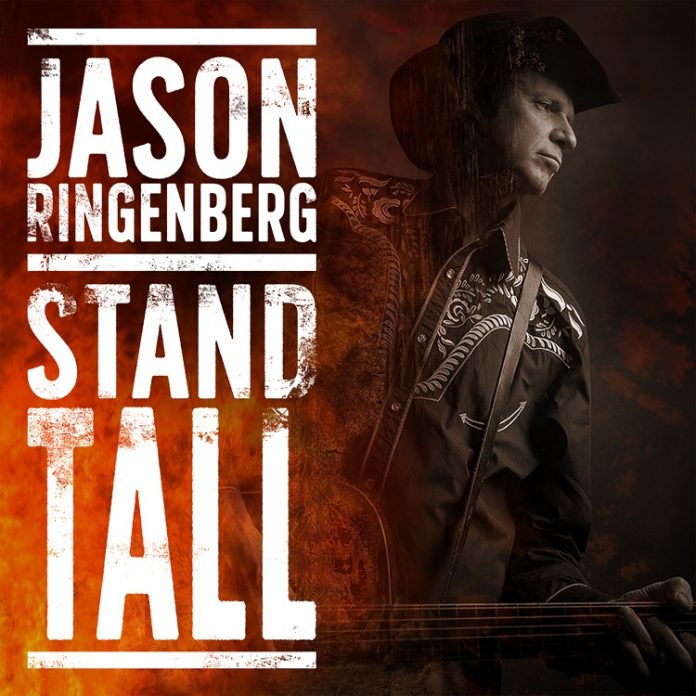 “I need Jason scorching past……”

Those words. Right there. Is there a Wildhearts fan who hasn’t listened to “29 x The Pain” and checked out all the bands it mentions?

I did. And that line, right there in the second verse, changed my outlook on music in a very real way.

Because, I’d started to like folk music a couple of years before,  after listening to Springsteen’s “Nebraska”. But when I listened to Jason And The Scorchers, well that was a real different thing altogether. Country and punk, rock n roll and ye Gods, Warner E. Hodges guitar. Excitement? You betcha (only heightened by the fact The Wildhearts later covered Scorchers’ “White Lies”). The Godfather of Americana they called Ringenberg. A true hero said me.

But, you see, music is a fickle mistress, and it has a habit of not rewarding those that should be recognised as innovators, as the best there is. And, staggeringly, this is first Ringenberg solo stuff since 2004 and his new first music at all since The Scorchers “Halcyon Days” in 2010.

His explanation for this on the sleeve notes for “Standing Tall” is truly heart-breaking. “I didn’t feel,” he says. “that there was the internal drive, or the external demand to maintain a recording career in this internet driven world…..”

If you’re looking for a reason to hate the modern world, then there’s another.

But then, something changed.

And, that, precisely, was that they stuck Jason Ringenberg as the Artist in Residence in Sequoia National Park in northern California and in that month he got his mojo back.

Inspired by his time in the wilderness, Ringenberg hot-footed it to Illinois, where he gathered some crack musicians and melded them together with some of Nashville’s finest too (such as Richard Bennett, who helped launch Steve Earle’s career as Producer of “Guitar Town”).

The results are here. “Stand Tall” is incredible.

It is 11 songs that could only have come from the mind of this man, but it is a collection that surprises too. The title track, for example, is instrumental. There is something of The Shadows about it too, but there is a rugged beauty, an outdoors feel.

“Looking Back Blues” is just perfect. Country rock n roll in the mould of Scorchers at their best. Catchy as hell, but perfect wallowing material for those who like to dwell. And if you think rhyming “Texas” with “solar-plexus” – as he does in the chorus – is genius, then to be fair, you ain’t seen nothing yet, baby.”

“John The Baptist Was A Real Humdinger” not only wins the award for the finest song title of 2019, but gets bonus points too, for following that up with a rhyme about “punk rock singer” – oh and tells the story of john The Baptist, just not as you’ve ever heard it before.

That, to be fair, sums up Ringenberg too. “God Bless The Ramones” is punk rock, but recalls The Scorchers time on the road with the legends. But crucially it offers this line: “God bless the Ramones, they never sold their souls, to US corporate radio and all that it controlled.” Are we stretching the point to suggest he is talking about himself here too?

“I’m Walking Home” is a marching song, based on historical events, and is superbly done, while “Here In The Sequoias” is acoustic, and fiddle driven old time country, but a song that clearly means so much more given how “Stand Tall” got made. Viewed in this context “John Muir Stood Here” is an almost companion piece. Muir – known as the father of the National Parks – is celebrated here with riotous fun.

In amongst all the originals, there are some well-picked out covers. “Hobo Bill’s Last Ride” and Dylan’s “Farewell Angelina” are the only ones I am personally familiar with, but along with the party of “Happy Hangovers To You” they are all given the treatment that only Ringenberg could.

The other song here is interesting too, “Almost Enough” written by Hugh Deneal of The Woodbox Gang was originally intended for another project, but its wonderful honky tonk finally sees the light of day here.

You’ll be glad it did. Just like the other ten. 14 years away is both a blessing and a curse. First, of course there are the fans, who can’t wait to hear the new stuff, but then there’s the trepidation. The thought of “does it live up to the back catalogue?”

No worries here. This is a collection that adds to the legacy, never mind anything else. Jason Ringenberg is still scorching. And you best believe that here everything – and not just the trees –  is standing tall.