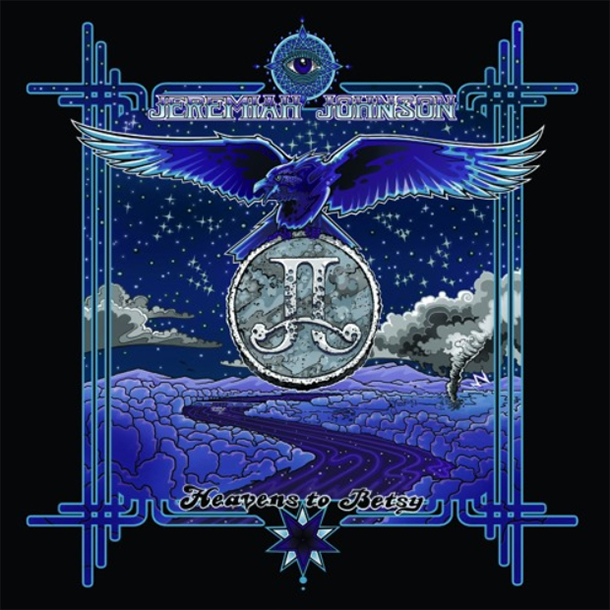 One of the greatest joys there is, is to hear an artist that you didn’t know before and within seconds of the intro starting to the first song on their album, you already know you are going to love it.

Discoveries of this type are rare and glorious, and exactly the reason why I listen to so much different stuff. I’ve never been one for listening to the same record again and again. Instead I’ve always adopted the approach as typified by the lyric in the Foo Fighters song, “All My Life”: That is to say, on and on and on to the next one….

This, right here, is your reason.

If I kept listening to the same old stuff, I would never hear brilliant things like “Heaven’s To Betsy”.

Within seconds of “White Lightning” – the opening song here on Jeremiah Johnson’s second record – you know you are on to something wonderful.

The Allman Brothers would be proud of the intro, but then the lyrics take it somewhere new. Southern rock as a genre, it loves to romanticise the south. The new TC3 album, superb, though it was, is like a tourist brochure for the below the Mason Dixon line. This isn’t. This is tough. Written from the perspective of a dirt poor farmer, this is the South of Steinbeck.

Now, though is good a time as any to point out that Johnson is obviously a brilliant guitar player too, listen to the way he rips the solo out at the end, for goodness sake. But there is a fair dollop of soul and funk here. Sass too. There are horns all over the place, and on “Tornado” it “tastes like sex” as the backing singers do their thing.

“Soul Crush” and it’s a tough choice, might be the best thing here. Whiskey Myers would love this. There is a groove about the thing, but “Ecstasy” balances it out by being a sax led, laid back love song.

Largely though, this swings its thing about the same way as The Black Crowes might. “Forever And A Day” is probably most like the Brothers Robinson, while “American Steel” does that thing that US stars seem to be able to do, and mythologise the automobile. I am a balding Englishman with a Honda Civic in the drive. It doesn’t work the same, somehow.

“Showdown” another of the ones where Frank Bauer’s sax rules and the whole song is elevated as a result, while “Leo Stone” is truly gorgeous as he celebrates the impending arrival of a son. “Castles In The Air” essentially distils chugging rock n roll to the barest bones, and “Long Way Home” is the sort of ballad that almost wafts in on the summer breeze.

Long hours in the studio were apparently the order of the day here, but it sounds like they had fun too. “Born Under A Bad Sign” has been recorded Lord knows how many times in the last 40 years, but everyone here relishes it. And nothing screams of the enjoyment throughout, more than the last one. “Preacher’s Daughter” sounds such a timeless, Chuck Berry-ish slice of rock n roll, that I googled if it was a cover. It appears not to be, either way, its magnificent.

And “magnificent” about covers the whole of “Heaven’s To Betsy” in one word. Like they’ve dusted off the all American rock n roll songbook and given it a spruce up. Good heavens, this is a cracker.