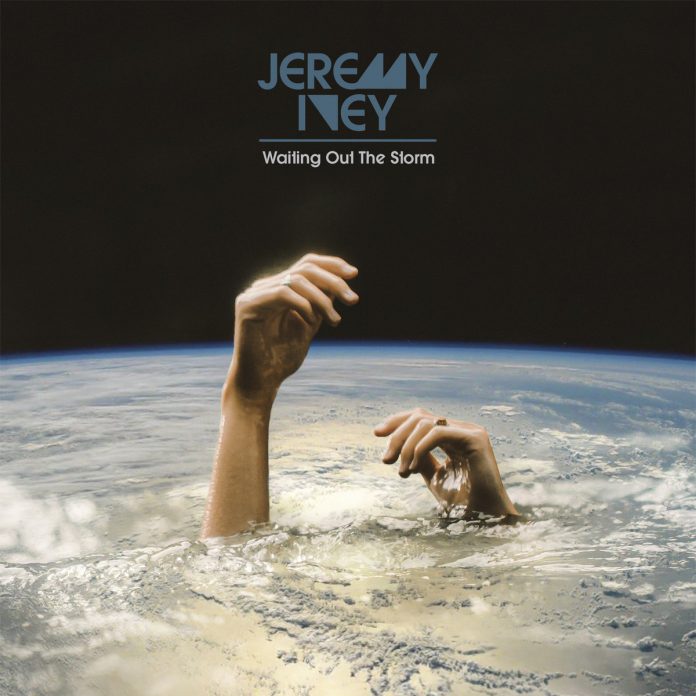 Jeremy Ivey, has as they say, lived a life. This comes from the biography that his PR firm sent, but its worth reprinting here: “Upon his birth, Jeremy suffered a stroke due to his birth mother’s drug addiction that resulted in a diagnosis of cerebral palsy. He was then adopted and raised in a strict Christian household where he wasn’t allowed to listen to anything other than classical and Christian Music – he later discovered classic rock and folk music in his teenage years. A free spirit before establishing his current roots in Nashville, he journeyed across the United States, living in a tent in Colorado and eventually spending a period of time homeless in Boston.”

There’d be enough there for the hardest core of Hardcore Troubadours to get a career, yet Ivey does something so much better.

Essentially, “Waiting Out The Storm” carries on from where last years “The Dream And The Dreamer” left off. Imagining a world in the future where he says: “hey tomorrow people, sorry abut the earth”. He is apologising for the state of the world in 2020, and very much this sets the tone for what is to come.

Produced again by his wife Margot Price, musically this sets itself apart from what you might imagine. Whether it’s the 1960s type sounds of the aforementioned “Tomorrow People” or the subtle organ lines that colour the dystopian world of “Paradise Alley”, this is supremely well done – classy from start to finish.

And lyrically interesting too. “Movies” has a kind of Jason Isbell vibe. The deadpan vocals seem to hide a darkness, and when he sings “they don’t make heroes out of celluloid like before”, you sense a longing for another time, or at least a different current one.

Perhaps the best thing is that “…..Storm” blows itself into so many different directions. “Hands Down In Your Pockets” is like Bob Dylan has gone more blues (“play loud” is the motto here that’s for sure), while there is something a little more gentle about “White Shadow” – not too dissimilar from Mark Knopfler – this is a record that covers so much ground.

Harmonica is used sparingly, but brilliantly. “Things Can Get Much Worse” gets down in the honky tonk, and with the fabulous harmonies, it almost sounds happy with its lot. Invoking, perhaps the old adage that if you didn’t laugh you’d cry?

The best of the lot, though, surely is the withering excoriation of “Someone Else’s Problem”. From the 80s sounding keyboards to the idea that we are culpable. All of us. Left or right have washed our hands of the issues.

There’s another sharp turn too. “Loser Tone” is a real blue collar rocker: “tell Siri how you feel” he sings at one point, and maybe there, in that line he has captured the falseness, the remoteness of this time, that we are together but alone?

The piano led, more soulful “What’s The Matter Esther?” is time for a more plaintive reflection, and the ending “How It Has To Be” is another example – one of many of the way this makes its point: “Neil Armstrong is walking with Mary Edwards, talking about the love they found on Tinder”, is a first line that not many would do, but there aren’t many like Jeremy Ivey.

“Waiting Out The Storm” is yet another interesting, original work. And finding a different take on the world in 2020 is no mean feat.