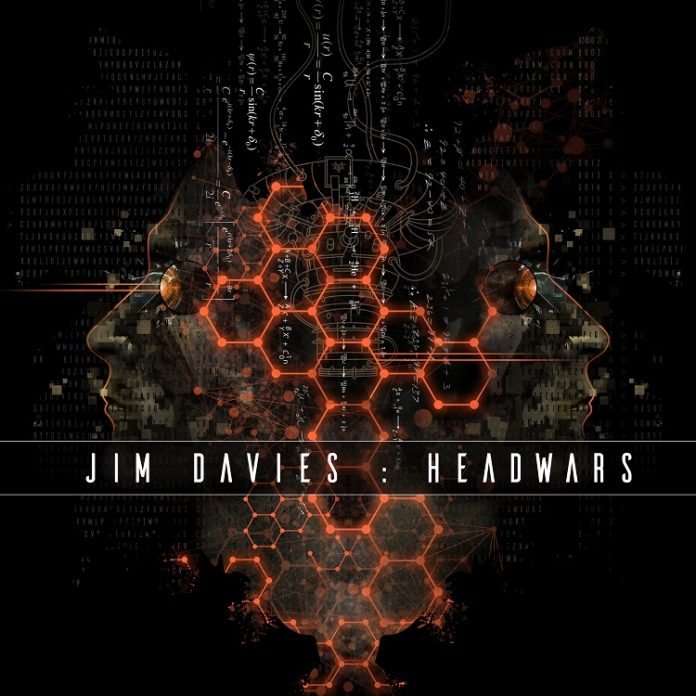 Remember back in the good old days of a couple of months ago when all we had to worry about was The EU?

Well, on 31st January, a crossover band that I loved back in the late 90s, re-released a new version of a song to “commemorate” Brexit Day.

The track was called “Un-United Kingdom”, the band was Pitchshifter, and the guitarist on the original was Jim Davies.

On the stuff that the was sent to press with “Headwars” there was a bio written by Morat – who readers of Kerrang! In the 80s and 90s will remember with fondness – he was one of the reviewers who, if he liked something, we’d check it out.

In the words, he makes the point that Jim Davies is the best guitarist you’ve never heard of. I don’t usually go in for such things, but in the case of Davies, it might be true.

You know those riffs on “Firestarter” and “Breathe” that The Prodigy had? Ever wondered who wrote and played them? It’s Davies.

And, there’s something else too. That Prodigy record, “Fat Of The Land” was the first time I’d ever thought of “crossover” as a thing (from memory it was Morat who caused the furore in metal magazines by covering them?) it might not seem a big thing now, but back then, crikey, the importance of that record can never be overstated.

It is something that Davies – who is just a couple of years older than me if his Wiki entry is right – acknowledges himself. And anyone who grew up listening to hard rock in the 80s might recognise themselves in this paragraph: “At my school it was Rockers versus Ravers,” he recalls, “and I was the kid at the back of the class with a mullet and a Skid Row T-shirt, arguing with the kids that were into rave that it wasn’t ‘proper music!’”

Thanks to people like Davies, that type of bullshit went out the window, and led to me loving a band called manBREAK that no one but me remembers, maybe The Sleaford Mods, definitely the incredible Black Futures, and even Ozzy Osborne working with Post Malone on his latest record. Genres do not matter anymore, and that is all over “Headwars”.

Nearly all played, sung, written and programmed by Davies himself, it veers from the dark, almost industrial, claustrophobic vibe of the title track to the punky rave “Control +Z” on which Pitchshifter’s JS Clayden and the bands former drummer (and current Bullet For My Valentine sticksman) Jason Bowld play an absolute blinder. Bowld later appears on “Caged” – which proves that you don’t need to be metal to be heavy. And it was ever thus.

This ability to work between the lines impresses so much. To that end “Ticking Timebomb” is glorious, sounding both retro and absolutely modern all at once, while “Shadows” kind of broods, in a way that you just know it has malevolent intent.

There are a couple of collaborations with UK Dubstep artist Tut Tut Child. To be honest here, I am not familiar with either him or the genre as a whole, but “Trigger Finger” crackles with energy and creativity and “We Set The Pace” is absolutely how I imagine raves to be.

There’s a couple of tunes too with his wife Abbie Aisleen. “Game Of Faces” is sultry, sexy and recalls Portishead, to me anyway, while the other, “Modify Me” ensures the record ends on a kind of ambient moment, before the distorted guitar disavows you of that idea.

The other collaboration sees Milly Rodda turn up for “Now You Know” and the young singer and producer has a hint or two of Billie Eilish about the way that sounds, which perhaps shows how far the record goes across the piece.

Oddly, though, in amongst all the guests and so on, it is one of the Davies solo ones that emerges as perhaps the best. “Zombies” is a bitter attack on the social media age, it spits its vitriol gloriously. “you live your whole through a three inch screen, you filmed the whole gig, but you don’t know who you have seen….”. He’s nailed it. And he’s not on Twitter either.

Which I suppose makes it easier to fly under the radar. Indeed, as he puts it, “Headwars” wasn’t even supposed to be a “thing”. “It took quite a lot of persuasion from friends and family for me to decide to release this commercially,” he admits, “but I can honestly say I think it’s the best I can do at this moment in time.”