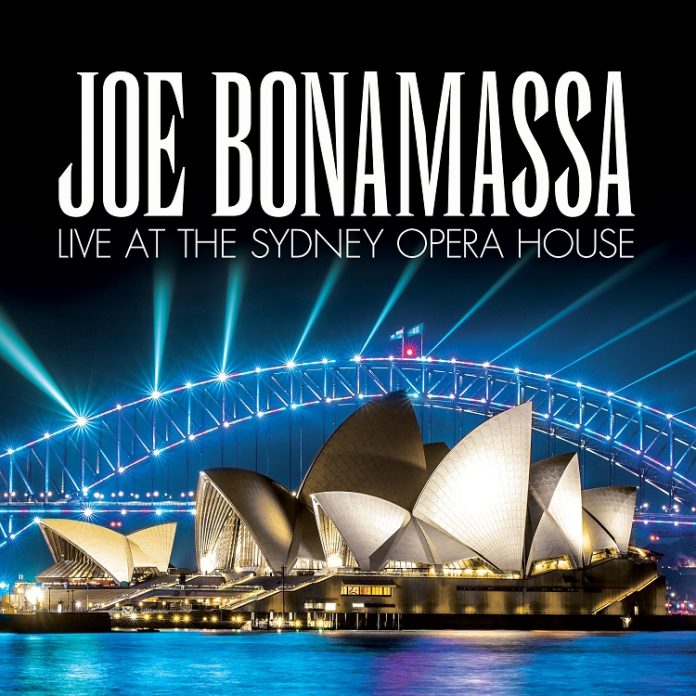 There have only been a few occasions when I have watched a gig and had to stop myself and think: “is this real? Or did I dream it?”

Maybe when I was at my first ever E. St Band show – Manchester in 1999 if you cared – or when I was at the last ever Black Sabbath gig a few years ago and “Paranoid” started up.

Then, in the spring, I was sitting mere feet from the stage at the Royal Albert Hall when the man that I have gone on record on this site about 20 times as saying is the greatest  guitarist to ever walk the earth walked out on stage and played “Tiger In Your Tank”.

Here I was, in one of the world’s most iconic venues, one I’d watched on TV as a boy, watching the best. The absolute best.

The concert I saw that night – and I was supposed to review the damn thing – had me lost for words: “Almost impossible to sum up. This is a concert that managed to move people. One of the finest I’ve ever seen, certainly.” Was all I could do.

And you wonder if Bonamassa ever has to pinch himself too.

Before that gig in April, I was sitting, in the coffee shop at the venue, pretending I wasn’t somewhere beyond excited, and there was a frisson of electricity and people began to jump up. And why? Well, the man himself, in jeans and a trucker’s cap had appeared. To buy, no less, a guidebook about the venue. He posed for some selfies, signed an autograph or six, wished everyone a great show, and off he went.

I tell that story for a reason. Because to me, anyway, it showed that JB will never quite get used to the fact he belongs in the greatest venues in the world.

Which brings us to “Live At The Sydney Opera House”.

How many gigs are played in venues that UNESCO World Heritage sites is open to question, but this one was. As far as I can tell, it seems to have been in the Autumn of 2016, why it’s been released now is probably answered by two things:  1) he hasn’t released a record this year and 2) why not?

This one captures him on the “Blues Of Desperation” tour. That record was a stunner – arguably his finest solo record – and seven of the nine tracks on this come from it.

What makes it, though, is the band he’s been playing with for the last few years is as World Class as he needs, and he’s able to take the likes of “This Train” and move them into other places altogether.

They are in wonderful form here. “Mountain Climbing” in common with many of them is given a soulful flourish by the horn section of Lee Thornburg – Trumpet and Paulie Cerra – Saxophone, while the likes of “Drive” are gorgeously understated.

Arguably the highlight of the record comes from one of the ones that wasn’t on “Blues Of Desperation”. “Love Ain’t A Love Song” takes on a life of its own here, and when Bonamassa cuts loose, you sense his enjoyment.

That’s the thing about him, though, he could overplay in every song. He doesn’t. That’s why these are songs, rather than recitals. Reese Wynans is exquisite (as you’d expect from a Hall Of Fame keyboard player) on “How Deep This River Runs” and the backing vocals of Aussies, Mahalia Barnes, Juanita Tippins, elevate things.

The one cover here, Clapton’s “Mainline Florida” is bright, breezy and warm. It is interesting that this is the only interpretation here. I saw him on this tour and there were plenty more in the set, but it is as though as he wanted to focus on his own newer stuff. To that end there is a brilliant slide guitar opening to “The Valley Runs Low”, while “Blues Of Desperation” itself builds mightily impressively.

Fittingly maybe, considering that this is not the most “blues” collection of his career, “No Place For The Lovely” ends it by taking a trip down that kind of path, and the closing solo…..just listen to the thing.

“Live At The Sydney Opera House” doesn’t on the face of it look like the most obvious Bonamassa album ever released. But then….

….then you hear it. And you remember. You understand that you are dealing with a genius, and to be quite frank he could stick an album out each week and it would be essential.