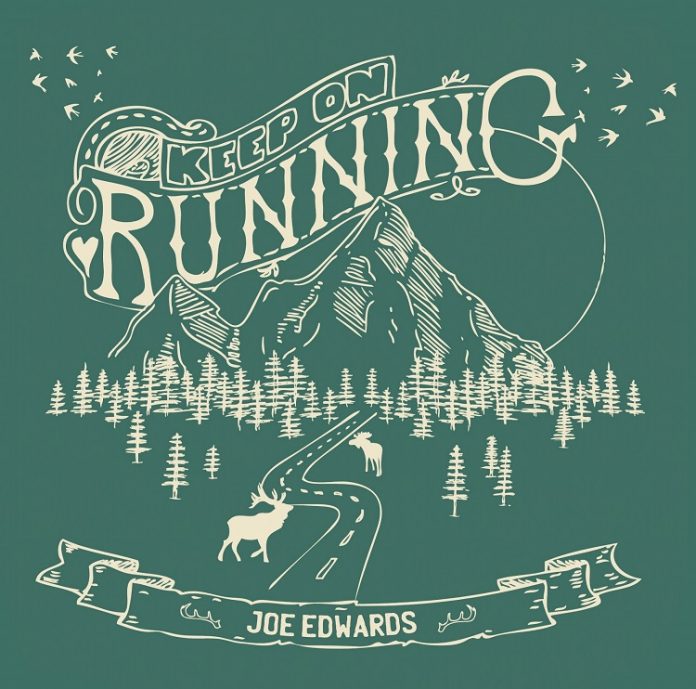 In many ways, I suppose, Joe Edwards is living the troubadour dream.

At 16 he leaves his job in a coffee shop, begins playing blues in his native West Country, gets accepted into Liverpool Institute For The Performing Arts where Paul McCartney presents him with his degree.

After many travels around the world (“Back on the Road’ came to light during a long motorcycle trip through Vietnam and ‘Capital Blues’, written whilst working in Egypt” he puts it here), he ended up in Nashville, with his brother Alex, working with renowned producer Steve Dawson.

The results of those sessions – the whole album was recorded in 10 days – are here, and this is a thing of real understated class.

“Beth’s Song” – a tender ode to Edwards’ wife – is an unlikely album starter, or it would be in most cases, but somehow, that it gently eases itself in and out of the way again is a metaphor for the rest.

Dawson, who I have seen perform live myself and is a formidable player, and a couple of his regular sidemen, Jeremy Holmes on double bass and Chris Gestin on keys – make sure that the likes of the aforementioned “….Blues” are right from the top drawer. The organ work his stunning, both on this song and throughout more generally.

“Fears” is as gentle as blues gets, while “Cross The Line” recalls Kelly Joe Phelps to me (perhaps not surprising as Dawson has worked with him too), but its opening lines. “God damn, what happened here? They pushed us back about a thousand years….” Seem to indicate the confusion with which they are all searching their way through.

The album was recorded live, with all the players in one room, and as a result it sounds a little more spontaneous than it might usually. You can imagine it being played in some coffee shop with the band in the corner. “The Gambler” for example, with its wonderful solo and harmonies, is a real highlight, as it doesn’t feel forced in any way, as if it just happened.

The more you listen, the better this gets, actually. The blues chug of “Trouble” in the classic mould, and the slide guitar (I think from Dawson, but with due apologies if it is not) is a gem of a thing. While the anthem to the downtrodden, “Don’t Let The Bastards Get You Down” is, in a way, the microcosm of the record. Where many would assume anger would drive it, not here, instead a quiet stoicism is imbued. “My ex girl was a sight to see” begins the second verse. It concludes like this:  “Oh well, I am glad she never clung to me”. The message is clear. We keep going. Whatever.

“Keep On Running” – the title track – takes things into a Country place, the dust of the dirt roads doesn’t clean itself from this, “Driving Back Home” uses a car journey as a metaphor for a love gone bad in a way that would make Springsteen proud, and “Back On The Road” injects a warmth an a touch of soul. Warm breezes and sunsets are invoked here.

The last one, “Mine Oh Mine” makes clear the wanderlust that burns within Edwards. “When will my dreams ever arrive?” he questions here, and yet conversely, the album has sounded like a dream come true. “Won’t find comfort in material things” he states in the second verse, “won’t feel the emptiness that living brings” And maybe that’s the why travelling here is a need, that he feels the way to live life to the fullest is to get out and experience it.

Often, when I am reviewing a record, a word will just come into my head. A word that seems to frame the whole record. The one that sprang to mind here, with “Keep On Running” was simply this: subtlety.

Everything about the way that its played, sang and written, is as understated as it gets.

As a result, on occasion, the charms of this album aren’t always immediately obvious, but after a listen or two, “Keep On Running” becomes a thing of real beauty.