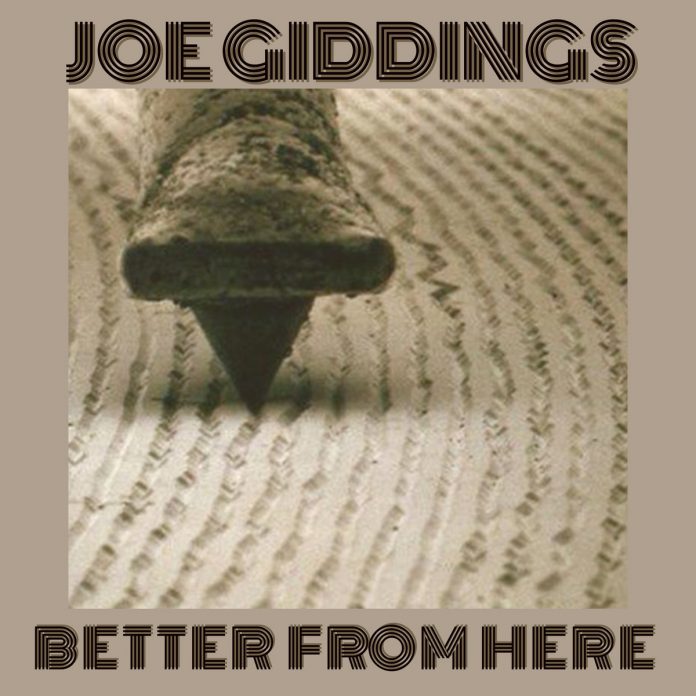 I have used this intro before, but it’s not plagiarism if you copy your own work, right? A couple of years ago I reviewed a new Enuff Z Nuff record and made the observation that whilst I don’t particularly like The Beatles, I do like music that sounds like its influenced by them.

People – not least of which was my father – pointed out that all music is influenced by them, but that’s a moot point.

The other week, I watched the film “Yesterday”, which imagined a world without the “Fab” four, and the struggling singer/songwriter became the biggest thing on the planet. It’s tempting to think of Joe Giddings in those circumstances, and goodness how he’d make a killing.

Of course, it might actually be that Giddings would be half the man he was without their music. Like me without The Wildhearts, the enjoyment the LA Musician takes from the Liverpudlians is probably more important to him than anything else.

It’s not like he hides it. Literally the first line on the record is: “I don’t wanna sing like The Beatles again, but I am gonna do it anyway.” And thus begins one of the warmest, most welcoming records you will possibly hear anywhere.

Six years in the making, JG plays nearly everything here, and his evident love for what he does is palpable. Like all the best power pop ever it has a way of conveying something that isn’t happy and making it sound gorgeous. “It’s Always Raining Somewhere” underlines that. Wonderful Lap Steel from Jon Daly, makes it seem like country has gone jangly, and the dark lyrics are delivered with a rainbow in the heart.

“Amity Horror” is a gem, pure and simple. If you have ever liked power pop, whether Redd Kross were your way in, like me, or something else, this is from the top draw. “Gone So Far” adds a kind of Tom Petty, blue collar thing, but the harmonies are stacked up higher than the Bay City Rollers heels, and there’s just a touch of crunch to sink your teeth in to stop this being a candyfloss diet. “Tin Foil Crush” is one of them, but one thing you can never deny is how catchy all of them are. Every single one.

“Rock N Roll” is self explanatory, given that it is a real foray into just that, but “If I Don’t Have Love” has so much innocence, so much longing to go with the Honeycrack meets ELO style backing vocals, while “Brand New Day” carries on the Jeff Lynne thing just a little further.

There’s a knowing tongue in cheek throughout a lot of these – ever since that first line – you could argue, “Irrelevant” is an anthem for the everyman, while “Alone But As One” almost wants to be a ballad, but there’s just a bit of Oasis here (but then, it sounds like The Beatles, so……)

“Billy Said The F-Word” should have been written by Fountains Of Wayne, frankly. Maybe he said it to Stacey’s Mom, who knows? The last one, helpfully called “Final Track”, drifts off into some almost Elliott Smith type waters, but it does it really well.

And even if I still will never “get” The Beatles, then here’s what I do understand. There’s something so lovely about “Better From Here” that it stands as proof that the world cannot be all bad.