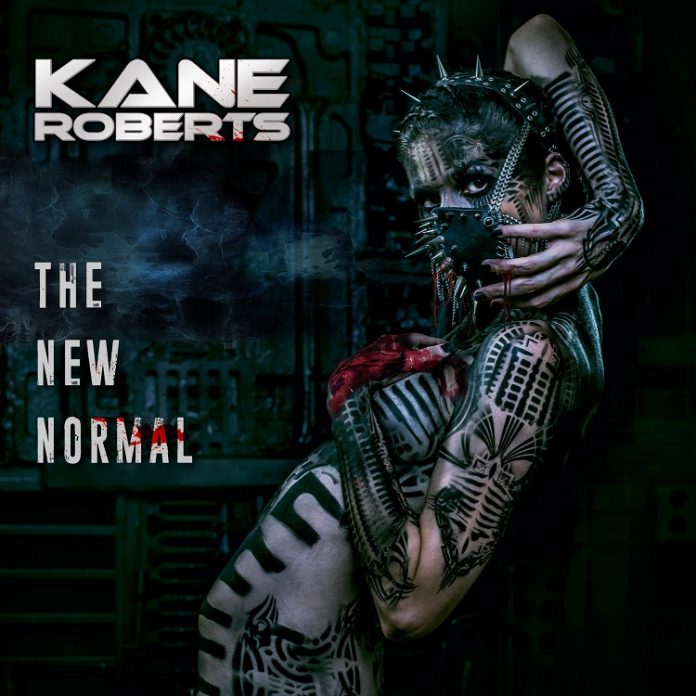 It’s weird, no matter how hard you try and keep up with everything, you just can’t.

And yet, when this album came into the inbox, I had no idea that it was his first for seven years or that prior to “The New Normal” he’d been busy writing music for films and touring with artists like Rod Stewart, Alice In Chains and Guns N Roses.

What I do know is that anyone looking for “Saints And Sinners II” can look elsewhere, because “The New Normal” is not the old world at all. Instead, it’s a very modern sounding rock record.

Even better, actually, is that its one that is more than happy to break the rules. Starting with an arena filler that the likes of Halestorm would be more than proud of, “King Of The World” with its hookline: “this is my coronation, thank you for the degradation”, is typical in that it hasn’t got the structure you might imagine, the lyrics are more raw than you remember and the whole thing belongs in 2018 – and it’s the best thing here too.

It does need saying, though, that Roberts has always been a brilliant guitar player and that hasn’t left him, but while the solos soar, the likes of “Wonderful” have a dark heart.

Roberts was first seen as Alice Cooper’s guitarist on “Raise Your Fist And Yell” (the current one Nita Strauss is on the aforementioned opening track) and the great man turns up on “Beginning Of The End” to prove that he is basically a God amongst men, but this also features Alissa White-Gluz and Babymetal drummer Aoyama Hideki and has a totally different dynamic as result.

“Who We Are” is a ballad, but one that has more interesting things going on than many, while the gorgeous guitar and electro drum pulse of “Forever Out Of Place” is married with a chorus that basically takes Shinedown’s playbook as its own.

If any comparison with Shinedown must be a low point then at least “Leave This World Behind” is built around a fine keyboard riff and a real throb, before opening out into a real proper metal thing, while Lzzy Hale co-writing “The Lions Share” might well give a clue to what that one sounds like – and in some other world 10,000 mobile phone bulbs light the sky where this is played.

Many of these  – in truth – sound like the handbrake needs to be released. “Leave Me In The Dark” is a decent example, given that it does the quiet verse, loud chorus thing that many here do, while Kane also managed to reunite his former Alice Cooper bandmates Kip Winger, Paul Taylor and Ken Mary on  “Above and Beyond” and credit to them for a polished, modern shining piece of work, but it maybe needs to be more viscerally thrilling.

The album closer, “Wrong” lurks and sort creeps in the shadows a bit like Marylin Manson, and – like the opener – it has a raw side too. “You’re such worthless scum” spits Roberts at one point, and the rest could do with such vitriol.

“The New Normal” is a record that needs some listens to fully appreciate, artistically, you imagine, it gave everyone here a thrill. Probably more so than blokes like me wittering on about an album that belongs to the last millennium. But that’s what its up against, and while in truth, The New Normal” does lack an absolute killer tune, it’s interesting and compelling.