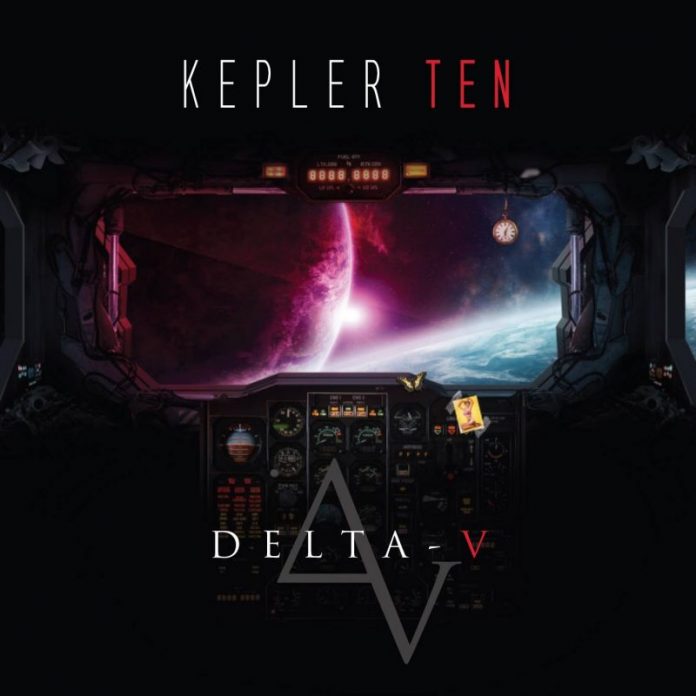 Proving the “three piece bands always rule” maxim for about the 3,000th time since we started doing this website come Kepler Ten.

Good enough to be one of the first signings to the new record label co-founded by It Bites, Lonely Robot and Frost* man John Mitchell, the South Coast band are ready to unleash “Delta V” a seven-track slice of music that veers from Prog to rock with incredible ease and skill.

Clearly, debut records aren’t supposed to this accomplished and it is worth saying that KT are experienced performers in their own right – meeting as R2, a Rush tribute band.

This is no “2112” reprise though, and while there are elements of Geddy and the chaps, particularly on the mighty “Stone” (and why wouldn’t there be, they are an incredible band) its only real similarities with the Canadian Gods are that is incredibly ambitious and expertly played.

The lead song here is enough to convince that you are indulging in something pretty special. “Ultraviolet” is a ten-minute journey that lays its cards on the table spectacularly. Beginning with what amounts to an overture and finding its way to a keyboard and guitar driven crescendo as a “hello, here we are” battle cry, there will be few better.

Singer James Durand has a voice that is almost perfect for the music and between them he and his bandmates create something that is full of light and shade, ad which is much heavier than you might think it was going to be.

“Time And Tide” sweeps itself in on the back of a mighty electro opening to become a riff of genuine power and thoughts of Dream Theater covering a Muse song aren’t far away. It is perhaps the gorgeous “Swallowtail” that shows their incredible versatility. Acoustic, laid back and with bluesy elements, this is Kepler Ten stripped of their bluster and sounding beautiful.

This is a band, however, that you’d do well not to second guess. And if you try you’d probably be wrong. “The Shallows” has an enormous keyboard sound, with almost industrial electro drums. Then they somehow manage to wrap a glorious chorus around the whole thing.

The songs here veer off to as many places as they choose. “In The Sere And The Yellow” is a mid-tempo thing with lush harmonies and “Red Skies Rise” see them back in the epic territory that ushered us in, with a fantastically ambitious 11 minutes that tick just about every prog metal box you can imagine, up to and including a genuine fists in the air swagger and spoken word parts.

In fact, if you can dream it up, Kepler Ten have already done it, perfected it and put it out as “Delta V”.  It’s purely and simply an astounding piece of work on every level.