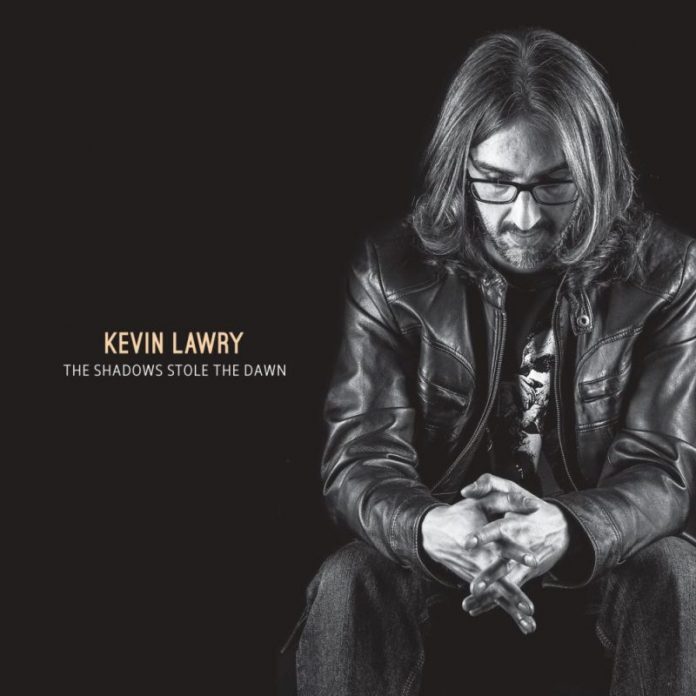 His career in many ways mirrors that of Opeth.  Kevin Lawry began in an epic doom band, before eventually finding his way into Crowned In Earth and taking a particularly progressive turn. Last years “Metempsychosis” was as good a slice of psychedelic prog as there was released in 2015, but the evolution really is completed here.

Because “here” is Kevin Lawry out on a limb, playing the instruments, writing the songs and standing and falling by what he alone does.

The results are stunning.

Perhaps more outright prog, with the 1970s psychedelics ditched – even the cover features his picture this year, while last year was a trippy looking painting – “Broken Arrow” which kicks off this wonderful seven tracker has a kind of Floyd thing going on, but it does so with some personal lyrics and a lush, catchy chorus.

It’s use of harmony is something that is prevalent throughout the collection. “The River” is a simple love song, but one which is elevated by fine backing vocals, not to mention it’s lilting piano work.

The keyboard use is, well, key throughout. “Fracture” is an understated piece of work, but one which is more electro than the others, and the way which the jazz influenced “Faith” uses the mixing of piano and acoustic guitar makes for a really interesting affair.

Frequently the lyrical themes are dark, but things are never better than the almost poetic “Tale Of The Drowning Man” which is has a brooding insistent quality, not to mention the thought that the music meanders like the water involved – it is another example of top quality song writing on an album full of it.

An album that appears to be infused with the idea that anything goes and no idea was a bad one, “The Bitter Wind” juxtaposes its happy tone with the key lyric “the bitter wind, blowing on/ another year older and my hope long gone”.

Things end with the title track. It’s longest song and perhaps the best, from the opening which recalls everyone from early Genesis to Caravan through the myriad twists and turns of the rest, it provides the fine conclusion that this interesting and compelling record needs.

“The Shadows Stole The Dawn” show that now he’s his own man again, Kevin Lawry is brimming with ideas to match his skill. This is a cracker, but now he’s found his feet you feel the next might be a masterpiece.