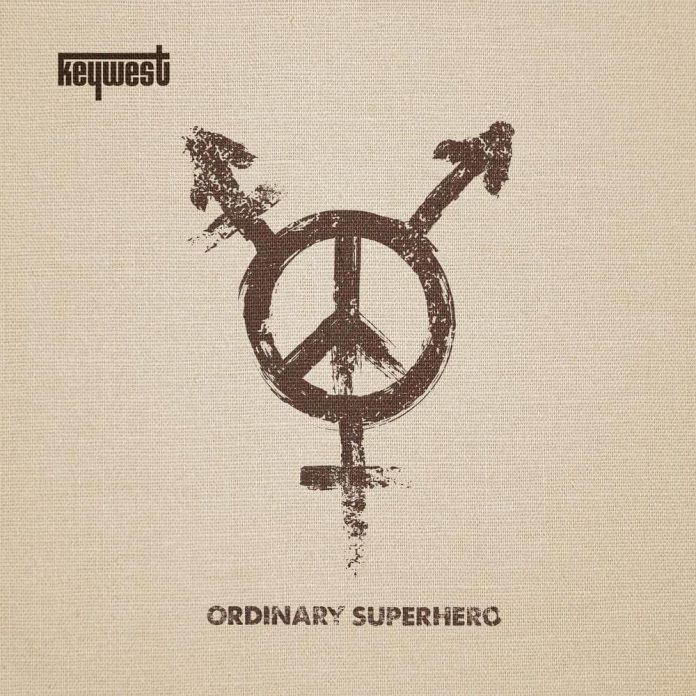 Sometimes you go to gigs that you weren’t quite sure about, and they end up being totally different to what you imagined they’d be.

Back at the end of October, Ireland’s Keywest played the last night of their UK Tour – the biggest one they’d ever undertaken – in Birmingham, and it was a tremendously uplifting experience.

I hadn’t expected it to take the form it did, in truth. The band were on for two hours, a lot of it seemed improvised, but there was something else too. A warmth. An imperceptible something that meant you were part of something. Best exemplified, perhaps, by Andrew Kavanagh, the band’s frontman leaping offstage (this is only a slight exaggeration) to shake hands with the crowd as we left.

The crowd, that night, wasn’t huge in truth. But I’ll stick to what I said about them at the time: “Ordinary Superhero” is a collection of songs that can bring them the breakthrough on a wider stage that they deserve.

Keywest are genuine stars back home in Ireland. “….Superhero” was released back in October and like the last two they stuck out (this one is their fourth) it bothered the top 10.

And it is easy to see why, because this is absolutely top class pop music.

Like that other Irish thing that gatecrashed the mainstream across the Irish sea, The Riptide Movement, Keywest cut their teeth as buskers. I imagine to do that you need some lever of immediacy, and whilst this is a superb record, “Ordinary Superhero” is a gentle and beguiling thing that is constantly revealing something new.

I called it “pop” music above and I mean that in the literal sense. Popular. It will have a broad appeal, but stuff like “Somebody To Love” is not the stuff of Smash Hits. “I am a joke, I am a wretch, I got nothing but problems” sings Kav in the first line and this sets the tone. This is a record that matters. One with something to say.

“C’est Le Vie” has something of an Americana feel to it, and it is worth saying here that James Lock is a wonderful guitarist, but its “life will go on” stoicism is important, because – lyrically at least –  the whole thing has the blue collar, everyman feel of Petty or Springsteen at their best.

How much of this is autobiographical, only Kav knows, but “I’m Not Me Without You”, when you scratch below the surface, is about being in love with a different person than you are with. Had this been on the first Matchbox Twenty record then Rob Thomas is putting another wing on the mansion and Una Healey (best known as one of The Saturdays back in the day) produces a vocal performance here that is worth getting the record for on its own.

“Don’t Let Me Down” is back to the busking roots and it’s a spot on on a Vodafone advert away from being a mega hit, the title track is definitely from the heart. When they played it live that night, it came with a passionate speech as to what it meant, and we all know someone who is the type of person exemplified here. That’s what great songwriting does, and that’s what Keywest have got here.

If music was still the unifying force it once was then, “How Did We Get Here?” is a gold disc. But now it’s the personal, the ironically “cool” and the tragically hip. Keywest aren’t that. They are just a band who writes epic sounding nuggets.

“What Are You Waiting For?” is built around two things. A piano riff, and a lead guitar solo. Both are wonderful, in between, the chorus is one of the most catchy here, and anyone who is scared of anything might recognise themselves here.

“Wear Your Love” is as middle of the road as it gets. But the point here, really is that Keywest are being true to themselves and no one is being cutting edge, and the last one “Blood, Sweat And Tears” has a sort of Celtic air, and you can imagine Mark Knopfler doing this (albeit a little gruffer).

But it’s the one in between that sticks out, “This Is Heartbreak” is the big tearjerker, but it’s also the one, when they played it live, they did amps off. Proof, if it were needed, that Keywest could be anything they wanted to be.

Ireland has had some wonderful bands over the years – anywhere with a capital city that has a statue of Phil Lynott understands music, after all. Keywest are another. Unashamedly writing songs that should be popular, and exceptionally good at it.