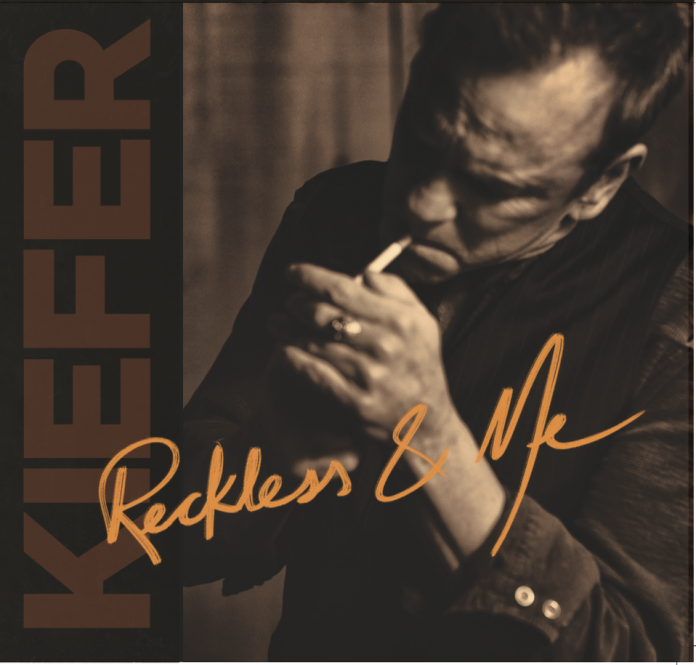 There’s a song about halfway through “Reckless And Me”, where you just know there was a knowing look to the camera as the line was delivered. “This Is How It’s Done” proudly dwells in the roughest, toughest honky tonk this side of the Sons Of Anarchy club house, when Kiefer Sutherland says this: “you’re dealing with a veteran of kicking ass for fun….”

And I’ll be honest, there was a touch of cynicism about me when “…. Me” turned up in the inbox.  TV stars and music? Ok I’ll grant you that I’ve had an (as yet) unrequited love affair with Kylie Minogue for the last thirty years (where there’s life, there’s hope…..) but let’s be honest, allowing for the obvious exception of the Antipodean Pop Princess,  it’s not exactly a stellar list, is it?

I’ll also grant you that I am not the biggest TV and film watcher in this world. But I saw the first few series of 24 and thus, for once, am aware of Keifer Sutherland.

Now, being proved wrong (every once in a while) is alright, so let’s get it said straight away: “Reckless And Me”? It’s ace.

These are tales from the heartland. I won’t say the US heartland, because these belong to everyone. “Open Road” does the itinerant wanderlust thing brilliantly. “Something You Love” proves that it’s no fluke, and its hard rock take on country, almost, belies a genuinely catchy chorus – and if you feel like being inspired it’ll do that too, “Faded Pair Of Blue Jeans” benefits from some fabulous organ and any mention of “old G N R tshirts” Is bound to find friends here.

Sutherland has teamed up again with his friend Jude Cole for this and they’re backed by some stellar cast, from Waddy Watchell (who played slide on Jon Bon Jovi’s solo record “Blaze Of Glory” that I adored growing up to legendary pianist Jim Cox.

That means they have managed to create that sounds wonderful even before the lyrics are added. The title track, has a darker, more widescreen, if you will, feel, while “Blame It On Your Heart” sounds a bit like one of those country classics that got me hooked as a boy.

This is clearly a labour of love for Sutherland. “Agave” has some neat Latin touches, and “Run To Him” proudly leaves the Rio Grande for something that infuses blues and soul perfectly.

The last two, though, are both deeply personal, but brilliantly universal, which is the mark of magnificent songwriting. “Saskatchewan” will strike a chord with anyone who has “put my mama in the ground”. It’s horrible. Hopefully this song will help someone, somewhere, through the pain. Finally, “Song For A Daughter” is light, airy and gorgeous. The accordion here is perfect, too.

I go to watch cricket a lot. There’s a bloke that I see there – and have seen for donkeys years – we’ve never spoken. I was at a gig the other week, he was there too. We did a kind of awkward nod that two blokes do when they feel like they should be polite and have seen each other out of context.

Except with one key difference: this is no casual nod of awkwardness. By the end of this, me and Kiefer, we’re firm friends. Forget the preconceptions, and just enjoy “Reckless And Me”.