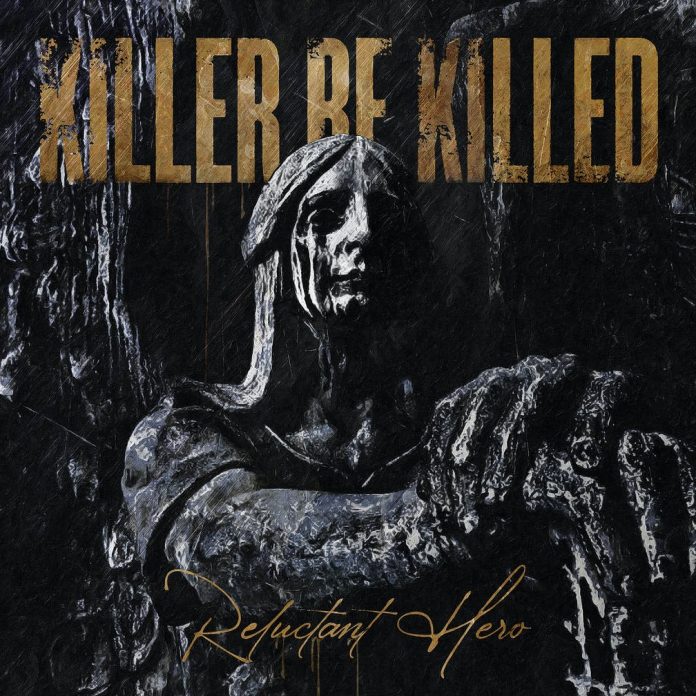 Fireband supergroup follow-up their stunning debut release with blistering second offering.  How does it stand up with the first album?  Donnie pins his ears back and finds out.

When Killer Be Killed first formed in the long lost days of 2011 much was expected of the thrilling combination of bassist/vocalist Troy Sanders, vocalist/guitarist Max Cavalera, drummer Ben Koller and frontman/guitarist Greg Puciato.

When that band is made up of members of Mastodon, The Dillinger Escape Plan, Soulfly and Converge you have every right to expect something special might occur and the talents that have pushed forward those respective bands to almost legendary status can work their magic in this new setting.  The self-titled proved that it could be done.  This follow-up proves that it was not a one-off fluke

The debut showcased the bands unique marriage of melodic but hard wearing hardcore punk, thrash and stone cold heavy metal.  Tracks like “Wings of Feather and Wax”, “Snakes of Jehovah” and “Fire To Your Flag” to name but three went far beyond the wildest expectations of fans of their respective bands.  Not only could their individual accolades and accomplishments give them the genuine claim as a supergroup, the new music they were making was worthy of the supergroup moniker, unlike the majority of so-called supergroups doing the rounds at the same time.

That debut came out in 2014 to much deserved acclaim. Following a number of gigs in support of the album the band returned to their “day jobs” and nothing much was heard of KBK until April 2018 when Cavalera revealed the band had gotten together to write and rehearse new music.  Two and half years on sees the forthcoming release of Reluctant Hero and in terms of a lift for the metal community it couldn’t have come at a better time.

There are some differences from KBK 2014 as you might expect from musicians who like to push a boundary or two but the core essence and spirit of the band remains gloriously the same.  This is sonically displayed right from the off as “Deconstructing Self-Destruction” is a track for the ages.  Pummelling drums, ferocious guitars and soaring vocals give flight to a four minute thrill ride through the quartet’s creative fire.  “Dream Gone Bad” follows rapidly and in a similar vein and, in football terms, we have swiftly forged a 2-0 lead with our first two shots at goal.  “Left of Center” continues the attacking mindest and the inevitable third goal is struck.

It is not until fourth track “Inner Calm From Outer Storms” that the band ease back slightly on the power pedal and set themselves in for five minutes or so of smooth and emotive consolidation.  Well, this is until Cavalera has his turn on the mike and then the gear shifts again and the band’s attacking instincts kick in and we are off once again with Koller’s driving drums leading the charge.

The unstoppable energy that has now built up cannot be contained or tamed and songs like “Filthy Vagabonds”, “From A Crowded Wound” and “The Great Purge” keep the middle section of the album as intense and immediate as the opening tracks.  Although a little more variety is displayed, particularly on “Filthy Vagabonds” as it employs an early Alice In Chains vibe before becoming enveloped on more familiar KBK terrain.  It is a significant change of pace and structure though which shows the band have more than one way of grabbing your attention.

Production duties were expertly handled by Josh Wilbur (Lamb Of God, Megadeth, Gojira) and he captures the bands qualities skilfully and thrusts them forward to the max.  The last third of the album is as potent as anything they have put on record before them or between them.

“Aminus” is a one minute blast of soaring hardcore punk that acts as a disturbing delightful prelude into “Dead Limbs” which brings back the melodic urgency of the start of the album. To close things out is the six minute title-track and surprisingly to thine ears begins with a delicate and emotive guitar and bass line that brings out the more introspective side of Puciato’s vocals.  The emotion builds throughout the track which then bursts out of it’s shackles for a now-trademark fiery finish.

Reluctant Hero is released on 20th November via Nuclear Blast.