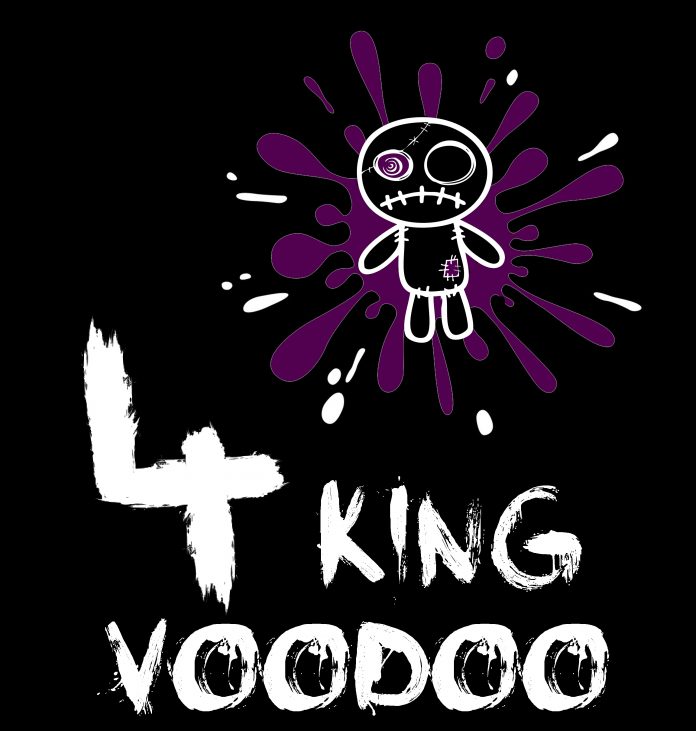 If you are anything like me, you’ll have a couple of bands that you don’t listen to very often, but which when you do, you think to yourself: “blimey, I need to get these on more.”

Chief amongst mine is Stone Temple Pilots.

I can go months without putting on an STP record and then, my iPod will go on shuffle or something and “Sex Type Thing” or “Trippin’ Through The Hole In A Paper Heart” comes on and I end up putting the full record on.

I have no idea whether this was the reaction that Ian Johnson was after when he put King Voodoo together from the ashes of 12 Gauge, but whatever as soon as the second song here, “Creep” came on – and yes I am aware of the title – that was the first thing that went through my head.

This was interesting, because after the first note I made, after “Fever” it’s opening track, was, simply “AIC.”

That is clear across all of these five cuts, especially as Jamie Suffield has a deep, rich voice. Equally adept at handling the chest-beating rockers as he is the more tender, “Hold On” -which comes in with an almost country tinge. But you always assumed that this was going to cut loose. It does. With a real Soundgarden flourish.

Elsewhere, “Plain To Me” has a rock so thick that you half expect Orange Goblin to steel it before the end, as bass man Lee Jones excels, and there is a gleeful, dirty, bluesy rock n roll swagger to “TVC” too and Johnson does his thing on lead with aplomb.

There is a lot of colour and shades to this, and maybe they will add a touch more focus moving forward. That said, make no mistake about it, this is an EP of immense promise. On “4” King Voodoo weave a spell that you can’t ignore, and you can expect to hear a lot more of them.