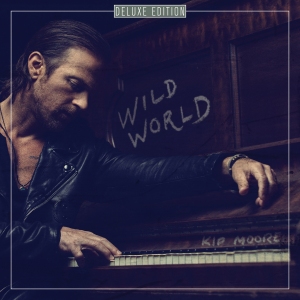 Look, I must be mellowing in my old age, or I am less picky now I get a lot of records to review for free….take your pick.

A few years ago I would never have reviewed a “Deluxe Version”, but yet here we are. About nine months after “Wild World” came out, here’s the expanded re-release. What this amounts to is four extra tracks tagged onto the 13 that were already there.

Now, there’s a couple of things here. Firstly I am not going to review the full thing again. You can read what I wrote here – and the album is still as fabulous now as then, “Southpaw” is genuinely a brilliant song. But secondly, my conclusion was this: “Because “Wild World” is about more than that. It is almost a beacon in a way, that however awful the “Wild World” gets, then the music you’ve always loved, will always be around.  For the dreamers.” And it seems apt that I review this now, given that it finally looks like the end of the pandemic might happen, and it feels like there’s a new dawn.

Also, rather more prosaically, I am wearing the t-shirt, right now of the gig I mention in Vegas, but I digress.

The four new songs are basically the sort of stuff that would, in years gone by, have made for amazing b-sides on CD singles (sorry to anyone under 30). “Don’t Go Changing” with its chugging blue-collar, almost Mellencamp intent, is perhaps the best.

The others are damn fine too. “Midnight Slow Dance” would have been ace on “Tunnel Of Love”, its Springsteen at his most muscular, “How High” is an interesting one. It takes the thought that love is a drug and turns it into a widescreen pop song that is somewhere in between Chase Rice and U2.

“Man’s Gotta Do” is one of those uniquely American songs. It wouldn’t work with a British band, yet somehow American’s can always understand that for their 19th birthday, some kids get a union card and a wedding coat, as it were. It is brilliantly done too.

So for all the facetiousness at the start the fact remains that “Wild World” is a wonderful record, and the four new ones are worthy additions, if you didn’t buy it last year, get it now. If you did, well you’ve got Spotify or Apple, right?