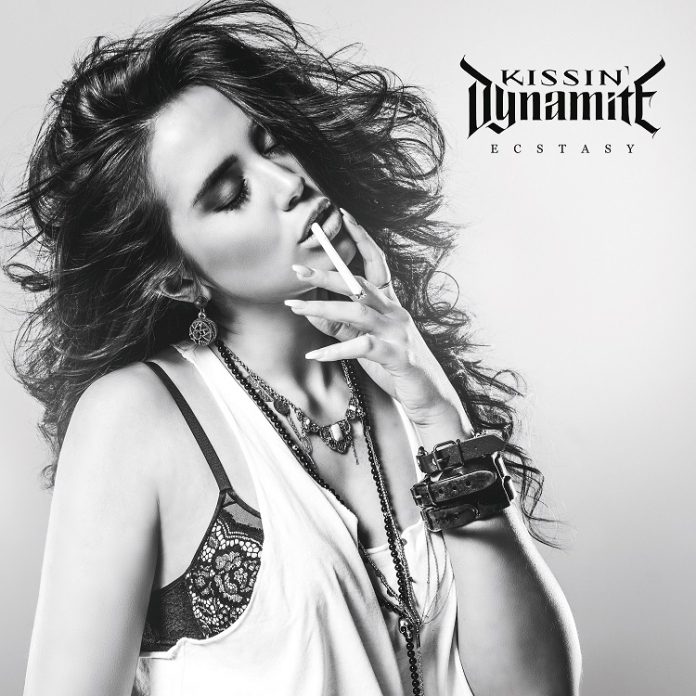 I know that readers from outside of the UK won’t believe me, but I promise its true: we are – right now – having a proper heatwave. Blue skies and everything and getting on for 30 degrees. No bullshit.

The problem is, your average Brit ain’t built for something like that and thus we’ve all spent a lot of our time recently sighing and saying: “Christ its hot, innit?” to anyone that will listen. What makes this even worse is a couple of months ago before the weather changed we were moaning because it was cold and wet.

This trait, you know the one of never being happy, is prevalent elsewhere too. In fact, I am willing to bet you that if you’re reading this, then you’ve had the following conversation with one of your similarly inclined mates: “I dunno,” you’ll say, “AC/DC can’t go on forever, who the hell is gonna play arenas when they’ve gone?” The problem with that is that when someone comes along with a sound that might just have a shot at a crossover, then you’re likely to encounter someone rather sniffly suggesting that “[insert your own band name here] is so derivative.”

And there’s no doubt that Kissin’ Dynamite are going to have to navigate through a bit of that with “Ecstasy” – and given that it is their sixth album they have probably been dealing with naysayers for a decade or more.

That said, they are still young enough to not be jaded by it all, and there is no doubt that they know they are standard bearers – defenders of the faith, if you will. As they put it themselves on the brilliant “Somebody’s Gotta Do It”  “Somebody’s gotta get it done for all….or get somebody else who’s got the balls!” And that, it seems, is the point of the record. The wheel doesn’t need inventing, it actually works just fine, but it needs somebody else to come and drive the car.

And that, essentially is where KD come in. Equal parts Euro power metal and LA 80s glam, they aren’t even hiding their influences but, goodness me, they do it well.

“I’ve Got The Fire” is a stadium ready anthem and tasty as you like, this is big, brash, unashamed rock n roll, with hooks and choruses you can raise a fist too and a modern crunch that – thank goodness – never veers into the BFMV style growling to make its point.

“You Are Not Alone” takes a it of a cue from Alter Bridge, largely because Hannes Braun sounds a bit like Myles Kennedy. The title track is an act of rebellion for those who are off down the fast lane while they “flip the bird at the freaking world” and after all this, comes “Still Around” a power ballad so huge that you can almost hear Jon Bon Jovi ringing his songwriting team asking why they didn’t have it first.

That, basically covers all the bases here. “Superhuman” pulses with electricity like some turbo charged H.E.A.T song, while the massive brooding riff of “Placebo” only underlines that they are the real deal and “Breaking The Silence” possesses a riff so dirty that it might need to go to the clinic to get checked – but then skilfully changes tack and builds into a wall of sound.

“Waging War” lives and dies by its bass and has a hint of the Scorpions about it, but crikey it will sound good live and seemingly because they re happy to explore, there are touches of Edguy in the riffs of “One More Time”.

Perhaps because “Ecstasy” is 13 songs, there’s a couple that reveal other sides to the band before the end. “Heart Of Stone” has the epic feel of Led Zep maybe and “Wild Wind” as well as getting bonus points for starting with a solo, gets more for its acoustic flavoured hook and the fact that, if it was 1988, this would have been a hit single everywhere.

However, as if they are trying to re-enforce things, “No Time To Wonder” ends the collection by being a heads-down rocker with the same fury as Skid Row’s “Youth Gone Wild” and you can all-but hear the pyro going off at the end as Braun yells “thank you Wembley, you’ve been amazing” in a few years time.

Ok that might be getting ahead of ourselves, but this is a record that deserves to see Kissin’ Dynamite truly explode with a mighty big bang.