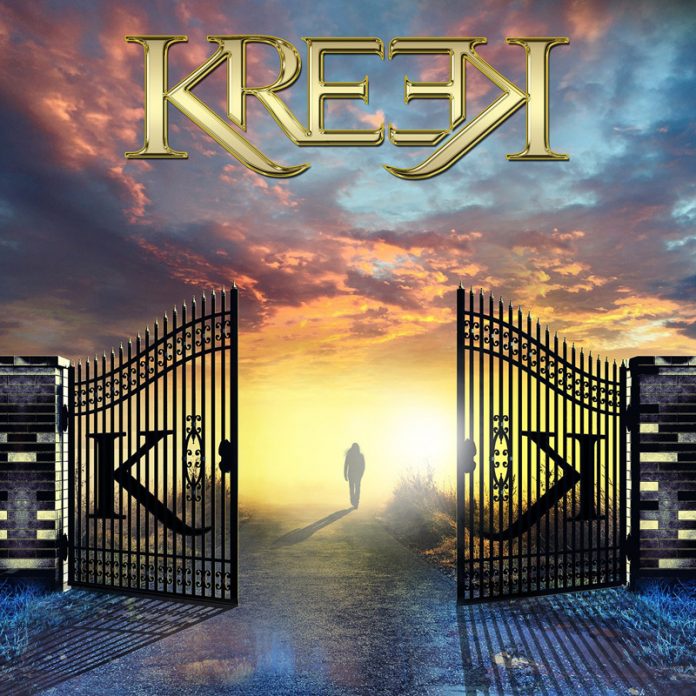 Around about four years ago, I was sat on the balcony at Mama Roux’s in Birmingham, watching Black Spiders farewell gig. The support band that night was a mob from the North West called Bigfoot. It seems apt, perhaps, that just as BS return to the fray, then so does Anthony Ellis – who had been the singer in the Wigan reprobates.

Long story short, they released a debut album in the autumn of 2017, then disbanded. Now Ellis is back with Kreek, and whilst it would be a push to say they sounded too much like his former incarnation, then there’s a line in my review of that Bigfoot album that resonates loud and clear.

“Things are not quite what they seem as they get a full length out” I wrote, and, if you ignore the godawful attempt at double entendre, then the thought holds true for this too.

Because, if like me, you were expecting some classic rock with modern edge take, then let Kreek disavow you of that belief in the space of the seven minute opener “At The Bottom Of Hell”. Power metal tinges, lyrics that are akin to Maiden’s “Rhyme Of The Ancient Mariner”. As overblown and bombastic as you like. Ok. This is more interesting than I thought it would be. Bring it on.

And, glory be, if “Missiles” doesn’t take things up a notch. The drums of Seb Sweet thunder, and Nick Clarke on guitar is a real find. This is heavier, faster, with more attitude, than you might think and its fantastic, frankly.

“Meet Your Maker” with its exhalant “go!” shout at the start, and its crunchy groove, might have been the best anyway, but when you factor in that it rhymes “like this” with “protagonist” without missing a beat, then it deserves bonus points.

Across these 10 songs, there is a feeling that they’ve just gone for a massive buffet and helped themselves. “Million Dollar Man” has a real sleaze about it, while “One Voice” – built on the foundations of Lee Andrews’ bass – has that imperceptible huge quality. The type of muscular hard rock that Adrenaline Mob did for a couple of albums, while the sheen gets ramped up a bit for the AOR drenched “Man On My Shoulder”.

In truth, such is the quality of the early songs, that perhaps inevitably there is a bit of “front loading” here. “Stand Together” is the last of the top drawer songs, “Down And Dirty” lets the side down just a touch by being as dated as its title. They’ve already proved they are capable of better and “Get Up” is back on track to a point, although its lyrics are clunky.

“On Your Own” is better. A ballad, for those who need that sort of thing in their lives, but it’s classy, as you’d expect from a record produced by Dan Rossall (Revolution Saints) and the musicianship – as well as Ellis’ voice – is top class.

A good – and occasionally brilliant – debut foray from a band that will undoubtedly develop as they go. “Kreek” is the work of an outfit to watch.