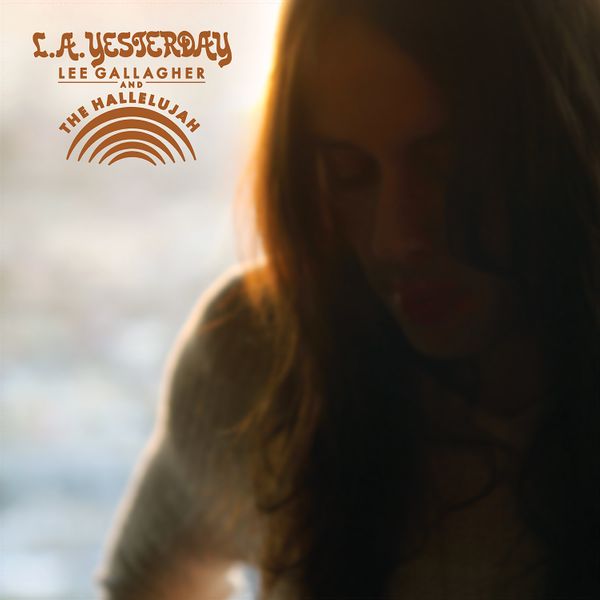 Lee Gallagher has a wonderful voice. Let’s get that out of the way to start with. Soaring, yet earthy, it’s a vocal range that has – rightly – drawn comparison with everyone from Petty to Plant, from Steve Marriot to Neil Young, but its something else that, for me anyway, makes “L.A Yesterday” quite so good.

Right from the opener “Highway 10” the solos , the simply scorching lead guitar takes this to places Gallagher’s more obvious modern contemporaries don’t go. The man behind it is Jason Soda (GospelbeacH, Jakob Dylan) and more than anything it is a mark of the quality of the musicianship here.

Southern rock, in a way that Chris Robinson Brotherhood are, the balancing act between the six string sound and keyboards of Kirby Hammel is genuinely perfect. It sets the benchmark for everything else here.

“…Yesterday” doesn’t sound like it was recorded, well, yesterday or indeed any time in the last 30 years, frankly. Soda owns the studio it was made in, and it is full of vintage equipment. That must have led to the timeless magic here, because the laid back, sun dappled “Breakin’ Up” has more in common with the likes of The Band than anything 2020 has to offer.

Even when it gets more epic sounding – “Goodnight Sweet Maria” is a case in point – there is something blissed out and trippy at play. It has the sort of air of those early, brilliant The Wallflowers records, but also something imperceptible, a darkness that is all its own.

Hammel’s piano on “Lullaby For The Acid Queen” is superb, and the plaintive “and you swore you’d never trip again” seems to suggest that is a little more personal than the others.

This is a different sounding record to that stuff of Gallagher’s that got so much love. He still blows a brilliant harmonica, but this is a much more fleshed-out work, so much more depth, even on the acoustic based “Feed Your Flame.”

“Astral Plane Blues” has just a little of Zeppelin about it, and I am guessing a whole heap of Hallucinogenic substances and those Neil Young comparisons aren’t going away, not as long as he’s making songs like “California Divide”.

“County Line” is the sort of thing that proves the spirit of Tom Petty continues to live on, but the slide guitar and interesting melodic structure makes sure this is no copy, no tribute. This, instead is an artist that is interested only in making a statement of their own. “Bow down to no one,” he sings here and, honestly, it feels like that’s a metaphor for the whole of the album.

“Gone Today” builds slowly, but it has so much class – mention here for drummer Will Scott who  like Soda is in GospelbeacH, and is in top form throughout. But this one is filled with soul, from the backing vocals to the piano solo. A real highlight on a record full of them.

“Rollin’ Out” sort of laps around your toes like the evening tide, so gentle, so content, almost as if it ends things because they’ve done all they can and just want to watch the sun go down over the horizon.

The truth is this takes influences from a million bands, but sounds exactly like none of them. Instead “L.A Yesterday” is the vision of a man, in Gallagher, who understands the history of rock n roll, but wants to create a future.