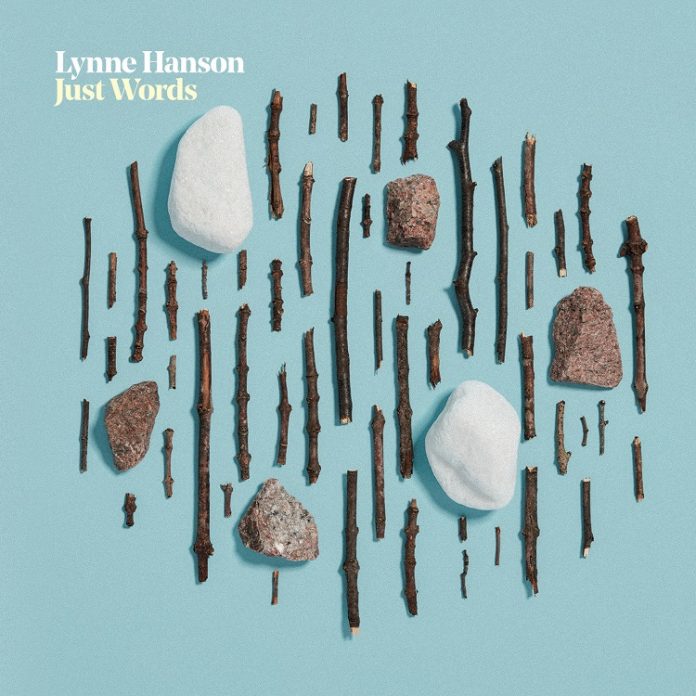 Americana, Folk, Country Singer-songwriter Lynne Hanson is a two-time Canadian Folk Music Award winner. Lynne has been labelled as too tough for folk and too blues influenced for country but her brand of “porch music with a little red dirt” can turn on a dime from a sunshine, blue sky ballad to a full-on thunderstorm of gritty Americana swamp from one song to the next. A closet stand-up comedian, she often leaves the audience howling with laughter with her between-song-banter but she`s really known for her high-energy, roots guitar driven live performances, whether playing solo or with her band the Good Intentions, she has also collaborated with Lynn Miles in their band project The LYNNeS.

`True Blue Moon` opens the album and was written as a tongue-in-cheek response to the Jacques Brel classic “Ne Me Quitte Pas.” about the perils of falling for a poet, and just how rare it is to find true love. Although the subject may be a little down beat the song is quite uplifting with the singers deeply rich voice narrating this tale alongside a drumbeat and guitar that keeps the tempo moving and some charming steel guitar and piano inflections, This song becomes a real earworm the more times you listen to it. The artist has said that this release is more than just a break up album but “Hearts Fade” is about the process of letting go when it’s time, knowing that you’ll always love that person, at least in some capacity, until the end of your days. There`s almost and recognition come reminiscence in the way the vocals are delivered atop this mid-tempo offering which has some delightful guitar riffs throughout.

`Long Way Home` is a ballad that I have to say, lyrically, sums up exactly how we feel when we have been through a relationship that has ended. The bar empties and you`re a little drunk and high and just try and delay going home but seeing everyone else enjoying life as your friends tell you tell just get on with your life. There are some entrancing keyboard hooks from Jim Bryson and a yearning guitar solo from Kevin Breit which adds to the almost palpable angst in the representations shared. A more laid back but uncompromising track follows with `Just Words`. It`s covers the difficult subject of verbal bullying which unlike physical bullying, where the effects are obvious (bruises, scratches…), it`s harder to see and stop. The song is co-written with songwriter Tara Holloway who also sings backing vocals.

`Higher Ground` has a much more bluesy edge with its narrative goal of rising above and taking the “higher ground” for a more peaceful outcome to life. Once again Kevin Breit supplies some superb guitar inflections and a wonderful solo offering.

We return to another relaxed slice of Americana with `Clean Slate` which explores the idea of putting aside our differences, admitting to mistakes we`ve made and moving forward together. The song has quite a delightfully stark feel which benefits from some intricate slide guitar and additional backing vocals from Catherine MacLellan.

`Such A Random Thing` is one of the more unique cuts on the album with a throwaway approach. The subject matter describes the unpredictability of how we end up with various people in our lives. Another subtlety Americana tinged track is `Lollipops and Roses` which churns and bubbles along as a bleak picture of a dark existence that craves a little sweetness is indicated. The guitar throughout and in the outro is a joy to behold. `

I found `Every Minute In Between` quite hypnotic. It`s a nicely paced piece that enjoys not only striking slide work, but splendid keyboard hooks and Justin Rutledge on backing vocals. It allows Lynne`s tender quite longing voice to relate a tale of memories of a lost love. A song outlining a lifetime of regret follows with `Hemingway’s Songbird` it`s pretty stripped back affair with just a drumbeat, some tinkled piano and some guitar inflections allowing the emotion expressed to reach right through.

The release concludes with the quite bluesy `Would You Still` which has a lot going on musically with brushed drums and plucked guitars and the artists quite languorous vocal delivery of a partner questioning the other as to strength of their potentially one-sided relationship.

I thoroughly enjoyed this new offering. The album deals with lost or broken romances and understanding how to deal with them, the unpredictability of life, alongside some unsavoury human traits but not losing sight in believing in and hoping for a better world. There will be some obvious comparisons made with Lucinda Williams but that would be doing a disservice to Lynne`s own unique abilities. This album will only enhance the reputation she has of being “Canada’s own Queen of Americana”