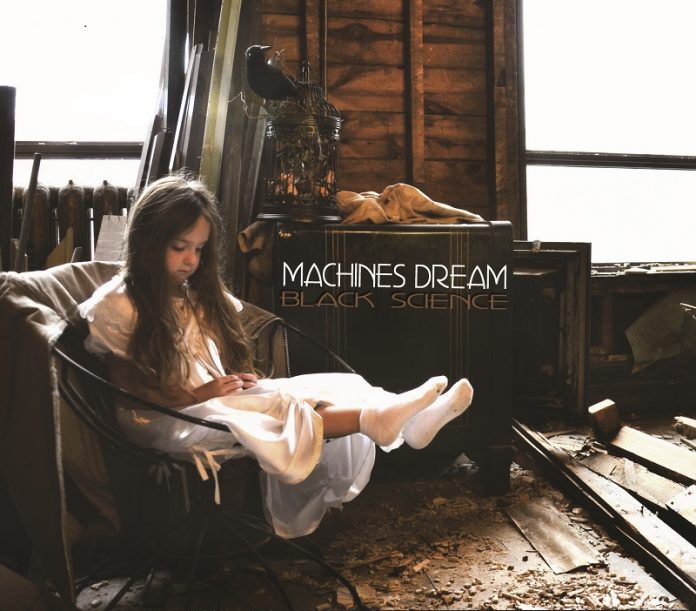 Vital prog from Canada’s finest (and yeah, we know about the other bands)

War, as Edwin Starr noted pretty sagely, is good for absolutely nothin’ (say it again) and yet we find ourselves in a war of one kind or another every single day. You don’t need me to discuss the full horror of what is happening in all areas of the world, but nonetheless, we live in a brutal moment.

It is fitting that some of the best songwriters of the times reflect the society, and as such, on “Black Science” Canada’s Machines Dream find themselves in much more political mood than on 2014’s “Immunity.”

On that record MD – the band that wasn’t supposed to be a band – proved themselves to perhaps the finest purveyors of modern prog and if that might sound like the type of hyperbole and froth that should usually be ignored, then listen to the first track proper here “Weimar” and tell us that it doesn’t better anything Marillion did on “F.E.A.R” say, inside its 10 minutes.

Conflict of one type or another permeates every pore here. “A gentleman takes what a gentlemen wants, and a gentlemen will rewrite the truth” offers singer and band leader Craig West here and in so doing offers his world view over a typically classy and ambitious soundscape, and we can probably say without being too wide of the mark that the target of his ire is the man in the White House right now.

The weight of history is all around this. Never more explicitly than on the album highlight “The Cannons Cry” which samples directly from Dwight D Eisenhower’s farewell speech and offers the thought that we are again lurching back into being divided: “black shirts, back in fashion” sings West and there is a dark feel about the guitar work here too.

To listen to these songs is to go on a journey, “Heavy Water” is an exercise in light and shade, and its hook is one that could conceivably shake arenas in some parallel universe, and the guitar work here from Rob Coleman is particularly stunning.

“Airfield On Sunwick” is a wonderful tale dealing with conscripted prisoners, and its psychedelic tone is topped off by some fine vocals courtesy of Jakub Olejnik (from the Polish band Maze of Sound).

The title track is one of many to make superb use of keyboards and orchestration, and its outro is a quite wonderful saxophone solo, as if to emphasise that this is a record that knows no boundaries. To that end, there is an eastern flavour to “UXB”.

The closing “Noise To Signal” is another that makes use of old newsreel to make its modern point. Edward R Murrow (a prominent US radio journalist who helped censure President McCarthy) is the unlikely hero of a track that dismisses the modern media, and does so by just about containing itself when you know it just wants nothing more than to seethe with rage.

Don’t make the mistake, though of thinking you need a degree in history and an interest in current affairs to enjoy “Black Science”. Quite simply, it is a stunning work. Challenging, yes, thought provoking, of course, but then shouldn’t progressive music be exactly that? Shouldn’t it push the boundaries?

The answer of course is yes to all those questions. And no one is better at doing that right now than Machine Dream.