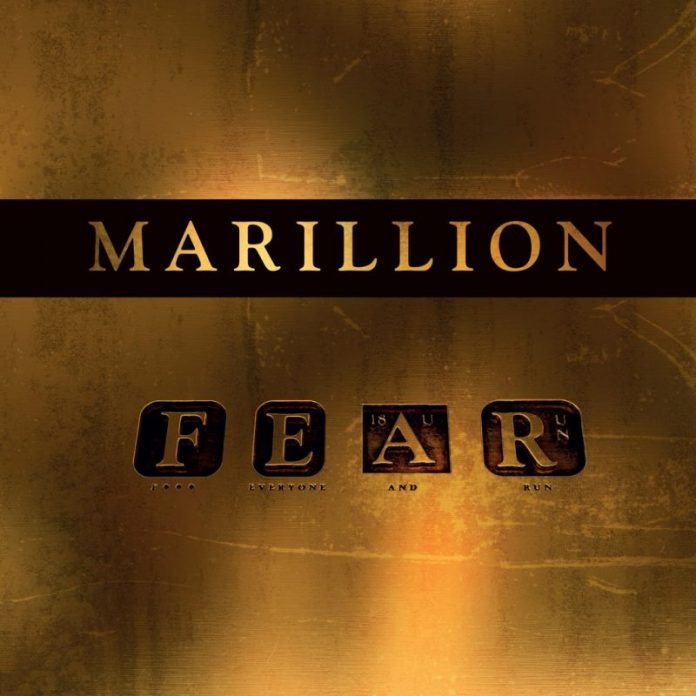 Garry’s album of the year is sorted
It’s always an exciting time when bands you like get ready to release new material…..then there is the new release from Marillion who for me are the greatest band to walk the planet, the album comes four years after their last studio offering ‘Sounds That Can’t Be Made’ which still remains a firm favourite with me and 12 months since the band launched their ‘Pledge Music’ project for the album that became ‘F.E.A.R’
The album contains five tracks, three are over 15 minutes long….although they are split into 17 parts….to some that would seem a little self indulgent….but this is a band who 34 years after their first release are still as relevant today as they were back then, they may not shift as many units today as they did in their heyday in the 80s, but not many bands do these days after so long in the business.
This could be seen as a kind of protest album but Marillion do things a little differently and conduct themselves with a certain degree of class in everything they do….this album takes a look at the mess we’ve made of the world we live in and how some things could have been avoided or certainly handled better…..I think we’ve all felt like that from time to time….
The opening track ‘El Dorado’ draws you in and before you realise it you’ve been involved in a 17 minute masterpiece about how we should do more to help those who are running away from a storm that we had a hand in creating…..you also hear from a few minutes in that the band are playing better than ever…..I’m not sure I’ve ever heard Steve Rothery play as well as this before, he pulls every last note from that guitar and sends a shiver down your spine and covers your arms in goosebumps….just majestic!!!!
‘Living In Fear’ is one of the two shorter tracks clocking in at just over six minutes, it’s a beautiful piece and has you joining in and punching the air to the words ‘As a show of strength’ which is exactly what I imagine the Marillion fans will be doing on the upcoming UK tour at the end of the year…..as they will be on the ‘yeah yeahs’ at the end of the track!!!!
‘The Leavers’ might just be the finest song that the band has written in a very long time, a 19 minute Rollercoaster of a track albeit split into five parts about life on the road as a touring band and crew….this shows the band for what they really are…..a perfectly tuned beast of a machine at the very top of their game……and you just know that this could and IMHO should be a mainstay of the live set for years to come.
The track ‘White Paper’ is the other short song although to some seven minutes is not that short…..but hey we are talking about Prog music here, this track is a sad song about someone who looks back at what they once were and how it’s time to pass the baton on rather than try and run the race by yourself…..we’re all getting older and no matter how hard we try we just can’t do what we did in our younger years…..dear god we’ve all tried though!!!
The final track ‘The New Kings’ has been around since July when the band released it to everyone who had pledged and pre-ordered the album…..the first time you hear the track….all 16 mins plus of it you just want to hear it again straight away…..the song talks about the gulf between the rich and the poor and how it’s only going to get wider…..greed seems to be popular these days and those who have it all want more and are not too fussed how they get it and who they trample all over to make sure they get it…..Steve Hogarth uses the the line ‘F**k Everyone And Run’…..(now you get the Acronym of the album title) so subtly that he has now made swearing a kind of art form…..and this is what this album is…..a work of art.
I love this album, I love this band and once again they have delivered the goods but not in a ‘order it now and get it tomorrow morning sign here’ way but in a carefully wrapped, hand delivered with a smile and a courteous greeting way…..
Steve Hogarth, Pete Trewavas, Mark Kelly, Steve Rothery & Ian Mosley……take a bow guys you’ve just delivered ‘Album Of The Year 2016’
Garry Foster
Unchained: Tuesday’s 10pm-Midnight
Prog Rock Files: Thursday’s 10pm-Midnight
101.8WCR FM & www.wcrfm.com