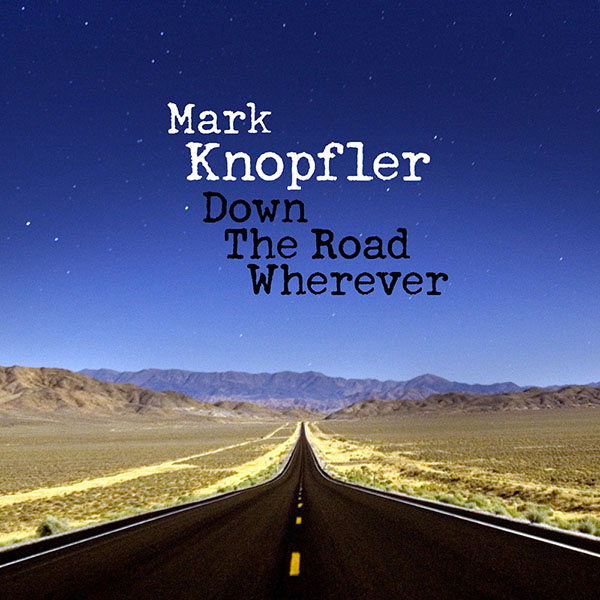 Years ago I luxuriated in the grandiose title of “Risk Manager” for a bank. As part of that, sometime in the early 2000s we had to go to an away day to build the team. In a non-descript warehouse in Milton Keynes, I was encouraged, with a load of people I didn’t know, to do a series of exercises, the culmination of which was painting a wall together.

I was sat, disinterestedly, not joining in and the “facilitator” lady came over and said “Andy” (my name was on a badge we were forced to wear) “why aren’t you offering encouragement?!” My reply was thus: “because we’re grown up’s painting a wall in a warehouse, its pointless, you know it’s pointless and I am never gonna take part”. And she moved on.

I’d repressed that memory for what must be nearly two decades, until hearing the song “My Bacon Roll” on “Down The Road Wherever”. Over the sort of cracked, late night blues that Mark Knopfler’s recent solo records have made their own, he sings this monumental verse: “that time they took us bowling, I thought, what a joke. I just went outside and had a smoke. And then the white-water rafting, just some know it all, with the new regime, there to show us all, how to build a team. He said what do you think we’re doing here, I said, don’t ask me, I’ve no idea…..”

The award for the best lyrics of 2018 is sorted to be fair. Perhaps however, if we look for a deeper meaning, you could say that it is indicative of an artist that is proudly out of step with the rest of the world and what’s more couldn’t give a monkeys.

Which is probably why “….Wherever” is such a sprawling thing – the “standard version” is well over an hour long, the “Deluxe” adds three more cuts – and takes in as many styles as it does. Knopfler and his band just did what they felt was right.

And nearly every time their instincts were spot on.

“Trapper Man” – the collections first track – is a fine example of what MK has largely done over the last decade or so. It is not an exaggeration to suggest that no one would write this song other than him and also that no one has this guitar sound.

But “Down The Road Wherever” is more interested in texture and feel, and this record (to be absolutely honest) is one that will take a while to fully reveal its charms. For example, “Back On The Dance Floor” is gloriously understated, but you only realise it after a couple of listens.

Likewise “Nobody’s Child” is laid back and lilting, and the southern rock stylings of “Just A Boy Away From Home” give way to a song that goes where only this band would have conceived. There can’t be many other places where you’d hear a full guitar rendition of “You’ll Never Walk Alone” tagged on. You will here – and goodness me Knopfler is a stunning guitar player.

There are the odd jazz tinged moments here too, “When You Leave” is one. The piano makes it special, but it’s not a record that gets bogged down, because the very next one is the outright funky shuffle of “Good On You Son” about a bloke who leaves “a grimy sink estate” behind to go to LA (and – as a student of lyrics – allow me to praise anything that rhymes “juicer” with “producer”) and it’s absolutely shot through with West Coast Sunshine. And the sax here is worthy of applause.

“Drover’s Road” is wonderful. Evocative guitar lines (and when Knopfler plays I always picture a rugged Northern English countryside) mix with his lugubrious yet expressive voice and a Celtic flourish, and the feel of a superb songwriter is never too far away throughout.

“One Song At A Time” feels like a pivotal one – not least because it mentions the album title – and as Knopfler takes aim in the lyrics, something akin to the main riff in “Local Hero” is in the background as if to make a point. The last verse, though, offers thoughts on “grinning moguls” “shysters” and “poor old fakers trying to dance in my shoes” and rather like on the aforementioned “….Bacon Roll” the anger is palpable.

As if to balance it out, the largely acoustic “Floating Away” is appropriately light and airy, “Slow Learner” might make more sense about 2am when it’s just you and your thoughts, while “Heavy Up” is a real jarring surprise. Reggae in its intent, Knopfler offers this: “who could give a flying toss, what you like to chill out to?” And the inference is clear. This is a record on his terms – not yours – and its even better because of that.

It ends with a beautiful acoustic number. “Matchstick Men” is just Knopfler and his guitar and it gives a perfect end to a record that is totally worth investing your time – and yourself – in.

Not one for a playlist, not one for the Spotify generation. Not one to be summed up with a meme on Facebook, or for discussing on a forum. Instead this is music for grown-ups, a body of work and everyone will take something different from it. Wherever you are on the road.