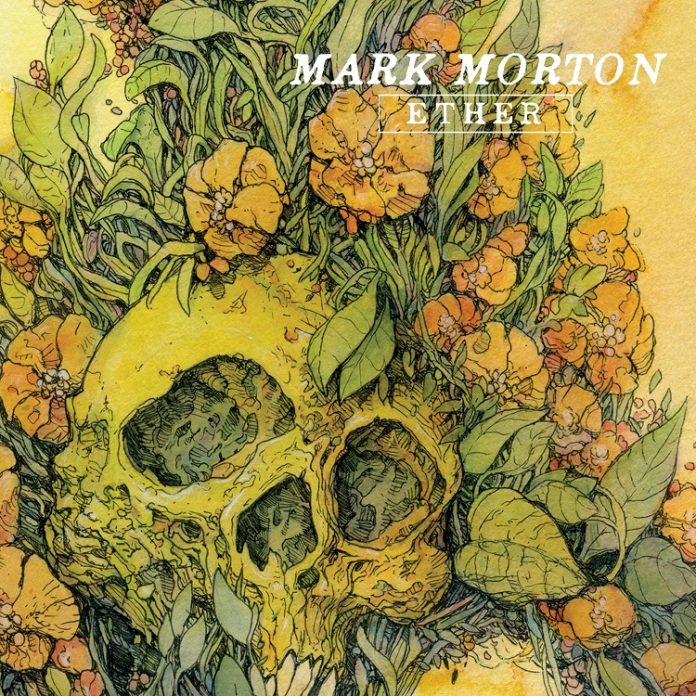 Back in the early part of last year I reviewed an album by Mark Morton, better known perhaps, as the guitar player in Lamb Of God.

I like LoG, don’t get me wrong, I’ve seen them a couple of times, but in the interests of honesty, I have to say that I preferred the stuff on “Anaesthetic”. It was diverse too. One of those collections – a bit like the one that Phil Campbell put out recently – with guest vocalists, and one which sounded like it had been written for those singers, while Morton’s subtle guitar playing took almost a backseat.

I concluded in my review that: “If this is what he does on his holidays, then you’d probably best look forward to the next time he takes a break from the day job.”

Which is kind of what we have here. “Ether” comes from some acoustic shows that he did last summer, when in his own words he was: “Inspired by the acoustic sets I had the opportunity to perform last spring and summer in support of ‘Anaesthetic’, I began writing some new songs to reflect that more mellow vibe. I’m stoked with the results and I can’t wait for everyone to hear what we’ve been putting together.”

Which sort of brings you up to date.

“Ether” floats in with five songs. Three original and two covers. To start with the self-penned stuff, Mark Morales (the Sons Of Texas singer acts as the frontman on these shows) does a wonderful job on the beautiful bleakness of “All I Had To Lose” and the haunting strings make this one, really.

Elsewhere, John Carbone of Moon Tooth shows his talent on “The Fight”. This one more than the others, perhaps, shows the diversity that exists here. Drum loops and a real pop air, this is a world away from LOG. Your invitation to another world, if you will. And that, surely, is the point?

The final “new” track sees Howard Jones (Light The Torch, these days) wrap his distinctive voice around something, in “Love My Enemy” that rather recalls a Mark Lanegan record. This one explodes into a chorus too and the solo that Morton rips is a cracker – more proof that “Ether” is acoustic tinged rather than an unplugged collection.

The two covers are superb too. Full disclosure. “She Talks To Angels” by The Black Crowes is one of my favourite songs and I was interested to see what he and Lzzy Hale did with it. The answer is they change the dynamic, adding some bluesy licks and Hale owns it.

The other one is “Black”. The Pearl Jam track is tough to attempt, given that Vedder and the boys did it so well, but Morales is excellent, and takes it in his stride.

“Ether”, make no mistake about it, is superb. The work of talented musicians who are having fun, yes, but also making their mark in a different way than you might be used to.