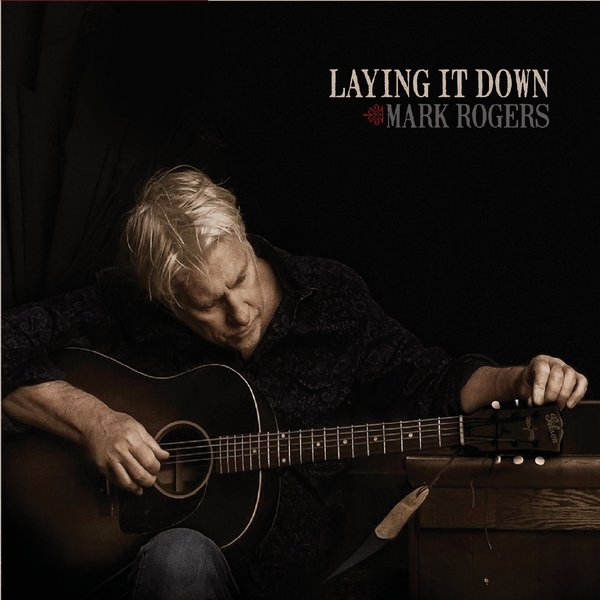 Last year I reviewed a delightful extended play from a native of Williamsburg, Virginia in the United States called Mark Rogers. This singer/songwriter has an inimitable ear for a catchy well written tune. Mark has been writing and performing his songs since 1974. As an original member of Tennessee Flying Goose, one of Washington DC’s many top bluegrass bands of the 70s, Mark and his friends blended Beatle-ish pop with traditional bluegrass. A move to Los Angeles in the 80’s, he headed a Cosmic American band and played some of the loneliest clubs in Hollywood. An experience that contributed to his decision to spend the 90’s and 00’s raising a family in Washington. Life throws up curve balls and a number of factors contributed to the rediscovery of his music, not the least of which was reconnecting with “the one who got away”.

Mark has a new album called “Laying it Down” out so I was really wired to get a chance to reconnect with this unappreciated performer.

`Right Here` is a really nicely chilled opener, a real laid back slice of Americana, I loved the understated guitar inflections throughout which set up a platform for Mark`s rich vocals, A song about relationship worries but how it`s best just to live for the moment and not worry about what`s going to happen but how you feel now. Another relationship tale comes with “Blue Sky Falling, which has some stunning guitar licks and some delightful keyboard/Hammond organ shades from Jame Lewis along with delightful vocal harmonies supplied by Lori de los Santos. The next couple of cuts highlight the strength of this artists writing ability, which is full of reflection and reminiscence, The former `Swerving` Is about the writer`s working class upbringing, driving into town with his old man as a young boy, you almost feel you are there in the car and around the town alongside both of them. The later `Qualifiers` is a wonderfully layered piece of Americana with richly textured vocals and reminded me of Elvis Costello, which in my opinion, is no bad thing. A change of pace follows with a couple of jazz tinged offerings with `I Know It So Well` which had me relaxing, drifting off in a nice way, an easy-going song that will have you in an almost meditative state. `The Blues Are Passing By` has a jazzy, eclectic beat with a real bossa nova vibe, a song that is very melodic and makes you want to get up and dance to or just sit there and observe, with a refreshing beverage, nodding away amiably. Sandwiched between these tracks is `No Bigger Fool` an piece that will shake you back into life. An upbeat country tinged, pop flavoured tune with a wonderful Hammond organ floating in and around and some guitar variations throughout. The steady drumbeat moves this piece along with optimistic lyrics leaving you with a real sense of cheerfulness and contentment. A more melancholic submission comes with `Waiting` another piece that is enhanced with Lori de los Santos`s vocal harmonies, Powell Randolph`s drum nuances and some understated tinges from Tommy Detamore`s Pedal Steel Guitar.

I really loved `You Can Lead Me On` the infectious drum beat from Andrew Payne, wonderful mandolin picking from Ryan Cooley Gaujot and the song`s memorable chorus. This is a track made to be played live, no doubt a real crowd pleaser. The penultimate number `Imagining` is a more stoical reflection, shared against a relaxed musical melody, a tune that had me considering my past life experiences. The album closes out with `Wishing Well` a simple, tuneful but really effective almost stark ode. Just the artist strumming an acoustic Guitar and singing. This is a really enjoyable album, the music is quite varied with tinges of pop, jazz, folk and rock but predominantly country / Americana. The songs are well crafted and cover personal reflections about falling in love too quickly, falling out of love, youthful experiences, and speculating about life in general.

It is thought provoking in a gentle way and leaves you with a positive vibe and to some extent inspired.

Mark has handpicked some very talented musicians to play on this album, with Larry Berwald (Electric and Resonator guitars) and Dave Hufstedler (Electric and Upright bass) amongst them, A man of many talents he even co-produced this release alongside Rob Ulsh,

“Laying it Down” has everything you`d want from album, a captivating voice, singing well written and memorable songs, played by some gifted musicians. Hopefully this release will give Mark the success that this under rated performer deserves.