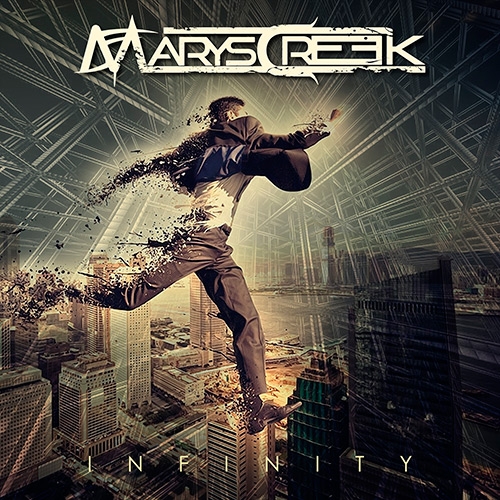 Damian gets excited about this new album from experienced Swedes

MarysCreek are a Scandinavian quintet from Linköping, Stockholm. The band were formed in 2004 by lead singer Mats Nilsson and drummer Steffan Halldin. After a few line up changes the band have settled with Mats and Steffan along with Jonas Hallberg (Lead Guitars), Peter Bergkvist (Guitar) and Roger Blomberg (Bass).

Opening track “Hypnotized” is a steady meaty chuck of hard rock with some great teasing lyrics “you want it, you want it so bad, I’ll never let you go”, a fine introduction.

There’s two excellent anthemic pieces to follow with “Buried Deep Within” and “Into Infinity”, solid tunes with some great harmonies from the guys.

“So Afraid (To Live)” is a more in your face, menacing track, the fellas really let rip, while Mats vocals are more aggressive.

“Blinded By Darkness” and “Forever Lost” are two examples of terrific harmonic, melodic hard rock heaven, pulsating drums, crushing bass and at times distorted guitar riffs and wonderfully rich vocals layered on top. What more could you ask for?

The penultimate track “My Own Enemy” is a sleazy, dark chunk of almost grungy metal reminiscent of bands such as Alice in Chains.

“Tomorrow”, the final number proffered, is a fast paced melodic heavy rock trip, a marvellous way of rounding off this splendid work of art.

I really enjoyed this album and was reminded of the wonderful Queensryche at times.This troupe has delivered a marvellously diverse melodic hard rock classic.This stunning ensemble of musicians with a gem of a vocalist really deserve to hit the heights.

To Infinity and beyond most likely