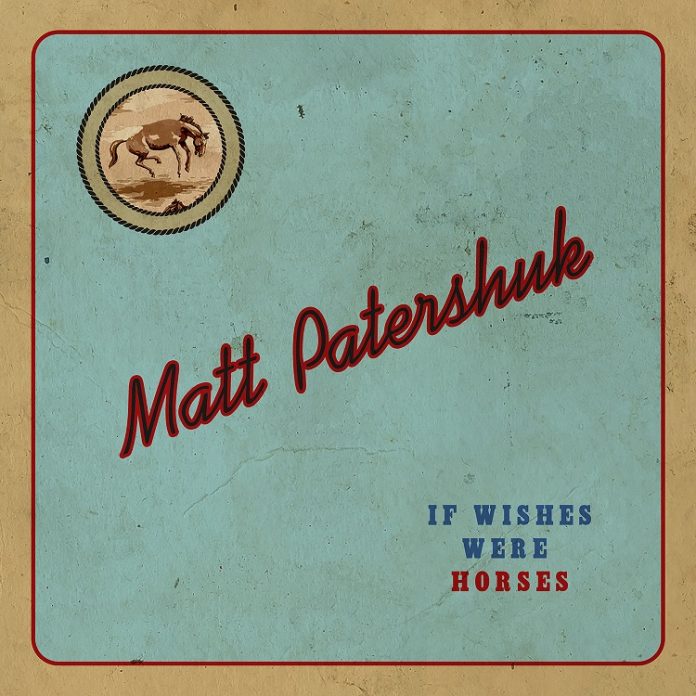 It is a gift, I suppose. The ability to make something interesting out of a tiny moment.

Take the second song on Matt Patershuk’s fourth album. The fact its called “Ernest Tubb Had Fuzzy Slippers” is good enough, to be honest, (crikey, if I’d come up with that title I’d take the rest of the night off) but the story it tells about a feud between a country and western singer I’d never heard of and the boss of the Grand Ole Opry, it turns out, is true.

I have no idea why I should be surprised at this. Patershuk has form.

A couple of years back on album number three he cheerily had a song about shooting his dog after a car accident involving said pooch, so yeah, he doesn’t think like most singer songwriters.

He’s a damn good one though.

This one feels a little more expansive than the last, interspersed as it is with some instrumental portions, but one thing that Patershuk and Steve Dawson (who like last time, works as producer here) have got is an ear for quality, and class.

Dawson is supremely talented himself, of course, and he’s assembled a crack band to compliment the wonderful lyrics, each bringing their own talents to the thing.

Special mention must go to “Sugaree”. The cover of The Grateful Dead track is done so, so well,  Kristin Weber and Larissa Maestro, adding some mighty backing vocals, and the piano of Chris Gestrin making this sound like The Faces, but that’s the only one that MP hasn’t written himself, on an album that fair crackles with interesting stuff.

Right from the country blues opener of “The Blues Don’t Bother Me”, it is clear that Patershuk has developed his craft. “Me?” he sings “I cut my fingers on so many broken hearts, it seems I never had enough”, but that one is one of the more conventional.

I am not a huge fan of “wacky” songs, or parody. If however, you have a natural way of looking at things that is somehow out of kilter with the norm, then you can sign me up mate.

That’s what draws me to this. The string drenched “Circus” is a love song like not many others would conceive, while the old-style country tinges of “Alberta Waltz” are just glorious, and the use of language is just as lovely as the gentle sentiment it expresses.

“Velvet Bulldozer” might well be autobiographical (“well the show starts at 11, fellas, two in the morning when we get home. And at 6am the workday whistle goes”) but it’s bluesy brilliance is a highlight, and if you can’t love the Lap Steel on “Lets Give This Bottle A Black Eye” then this isn’t the record for you.

Even here, though, there is a serious point to the world view. Contrasting the stoicism of his father’s generation with the more emotional 21st century. It is, I imagine, deliberate to do this over such an old-school sound?

“Bear Chase” sticks to the country formula, but goodness, the organ is superb, and “Walkin’” does likewise, isn’t necessarily the most original of sounds (and neither should it be), but it is the work of a real craftsman.

That’s the point really, when it comes to “If Wishes Were Horses”. Matt Patershuk no doubt loves all the greats, it’s just that he doesn’t want to write the same type of songs as them. He is a rare talent, and if he is the character in “…Bulldozer” who dreams of hearing his songs on the radio, then he deserves to.

Albeit, it wouldn’t suit him, some people are just better at doing their own thing, and I’ll bet he is one of them.