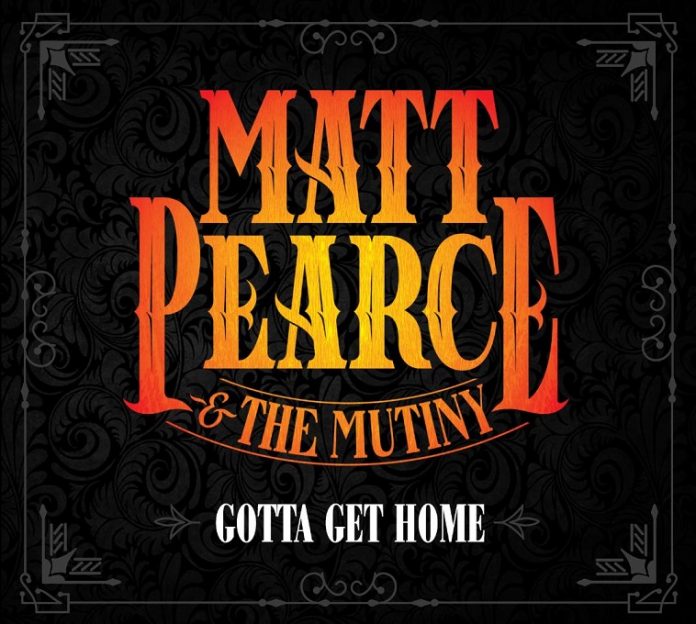 When this album arrived in the Inbox, to be totally honest, I didn’t recognise the name.

It probably says more about me and my lack of knowledge than anything else in fairness, but possibly its because Matt Pearce has flown under the radar. He is a founder member of British hard rock stalwarts Voodoo Six and I must’ve seen them about 10 times over the years, this though, is something completely different.

Because, if you’d have asked me what the first solo album by the V6 guitarist was going to sound like, I have to be honest here and say: not like this.

“Gotta Get Home”, you see, is a blues record. Sort of. At other times, “Gotta Get Home” is a funk album and then it’s a soul thing. Sometimes it’s all three.

It is all three, actually, most of the time.

Opening track, “Scarecrowing” is a fair barometer of what its all about. Lengthy (there are nine songs here but the collection clocks in at about an hour) it owes more to the work of Doyle Bramall III or Eric Gales than it does to hard rock.

And its classy. Gracious me, it is classy and it’s as polished as can be. It sounds ace too. Pearce’s bandmate Tony Newton produced Maiden’s “Book Of Souls” live record, and he mixes here.

If the first one brings the funk then, to be truthful, “Ordinary Blues” sounds as if Prince is jamming with Bonamassa. “Some People” is straight out of the 70s, and you can sort of imagine Glenn Hughes era Purple doing this. There is some brilliant organ sound here, as Jon Moody almost takes centre stage.

Moody is just one of a pack of top-class musos on this, and it is a fact that wherever these songs go then there is someone of the quality to see the vision through.

The centre piece of “….Home”, in many respects, is the superb “Some People”, wherein Pearce finds a falsetto to deliver his message: essentially that we’d all be better off if we chilled out a bit. That’s probably not a bad idea, right now. The music here matches the words perfectly, and it is as laid back and almost mystical as blues gets.

“Dig Deeper” injects more urgency into things, largely because the bass guitar grooves and sounds vaguely sexy (usually I’d say “dirty” but this is almost innocently flirting with you, rather than getting down to anything serious).

“Set Me Free” will appeal to any Black Crowes fans who happen across its path, while the title track finally succumbs to the idea you imagine the rest of the record has fought all along. It’s slide guitar drenched stuff, but with vocals from Acantha Long, its southern rock flavours breathe in the Muscle Shoals air too, and there is a whiff of that throughout.

“Worried” is rather a glimpse as to what this record might have been had it walked the conventional blues path. Stripped down and right from the delta, it takes its sweet time, but looks back to a bygone age.

The record ends with its shortest, sweetest, and maybe most immediate moment, “Who Do You Think You Are?” and it’s a pertinent question given the music that has been played.

What it is, is one of the most confident, classy and promising blues debuts in ages. On “Gotta Get Home”, the relaxed vibes are such that you feel Matt Pearce has found his comfort zone.