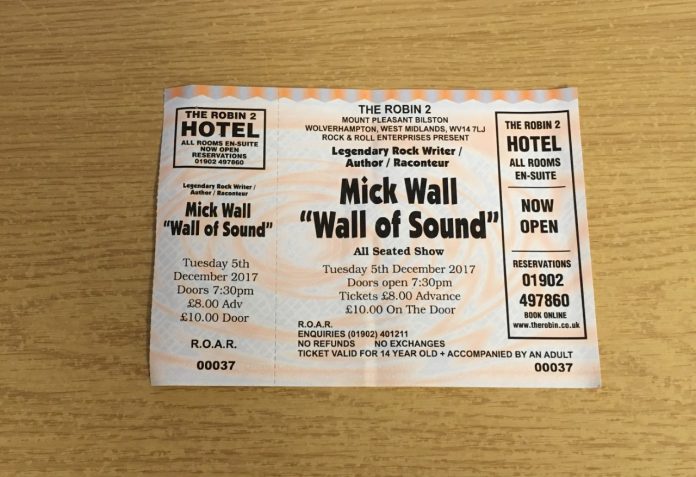 The greatest rock writer of them all (not including us of course…..!) visits Bilston and our Garry is there to watch

When I saw this event in the listings a couple of months ago I knew straight away it was a show that I wanted to be at after reading & enjoying Mick Wall’s work in the written Rock press for the last four decades.

Mick appeared bang on 8pm and took a few seconds to size up the audience before attempting a Black Country accent, it could do with a bit of work it has to be said but we were more than happy to let that slide.

We even had an interesting insight into how to get a ‘Leg Up’ & a ‘Leg Over’ in the Rock music industry, all in all it was a fabulous evening proceeded by Mick doing a ‘Meet & Greet’ and book signing session afterwards.

Mick said afterwards that there is a good chance of a return visit in 2018, which was great news to all who attended last night, after all its one thing reading a piece about the excesses of your favourite Rock star, it’s another matter entirely when it’s told by the guy who was there at the time.