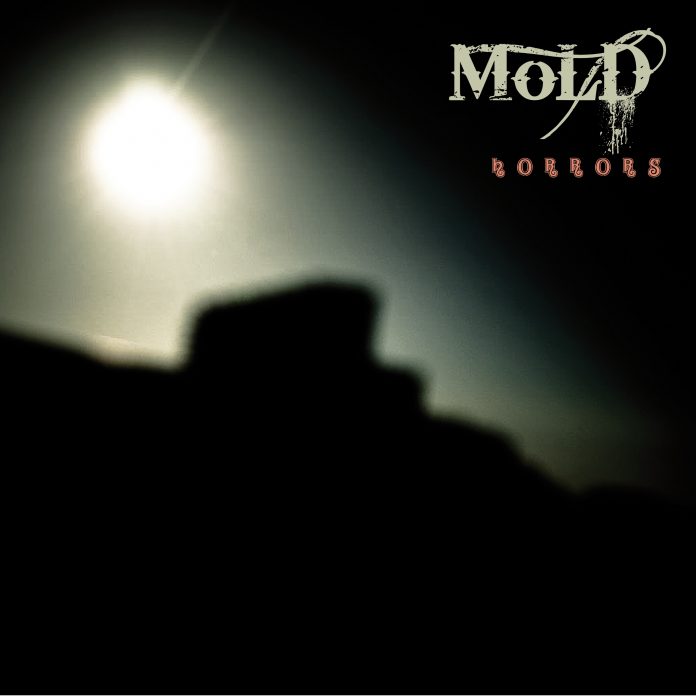 I am starting a campaign. I want people to talk like rock n roll lyrics.

There aren’t many numbers belonging to women in my phone. But I am willing to bet you right now that if I was to text any of them and say the words: “love hungry man got to eat”, I’d get told to get lost pretty sharpish, further I can think of one that would tell me that she didn’t eat meat anyway no matter how hungry she was– and that I should get lost sharpish.

This is because I live in the real world. The world where you can’t talk like rock n roll lyrics.

Now, in fairness, Johan Liljeberg probably wouldn’t get on his WhatsApp and say those words either, but when he’s singing a southern rock tinged thing (with cowbell too, dangnamit!) on MoLd’s first album, then he can do what he likes.

Anyway, back in the real world, one where unfortunately we have to try and use real phrases, “Horrors” is ace (I use that word, we’re all good there) and notwithstanding anything I said previously, it is actually one of the more innovative and interesting rock and metal records you will hear.

Largely because it is a rock and metal record, and revels in the fact that it will do the chameleon thing whenever it feels like and almost giggle at the fact you haven’t ever decided what it is or what it is doing.

The first track, generally speaking is metal lyrics over what people might term a “stoner” riff. The thing is called “Horseman Coming” and it sees the dead rise in the middle of the night, before it invites the Devil himself into proceedings.

Everything you need to understand these wilful little scamps, in fairness, is in the title track. It’s buzzed along in some post-punk ish type way for about two minutes and you’ve convinced yourself that it is an instrumental, and then from out of nowhere the guitar of Mattias Ekstig has slashed and it’s off and running.

“Locomotive” has a groove a little like Clutch in parts, while the epic “Black Forest” is something like 60s garage rock, but with an undercurrent that suggests that things could turn pretty nasty pretty quick, and it is typical of this album that even if “Hush Now” does a ballad sort of thing, it does ballad in a twisted way.

The first taster from the record “Breaking Bones” has grooves that are dirty and greasy – I thought I knew what the rest of the album would be like then. I know nothing. “Roadkill” has a pinch of Motorhead seasoning its taste, and “Mischief And Disbelief” combines a resolutely Alice In Chains riff with an spell of black magic. So much so, that you do have the thought this might not be a 21st century band at all. It is. It’s just a really good one.

The closing “Rock N Roll Monster” has a boogie, and it sounds like The Hellacopters, but in many ways it brings us back full circle, because they met the Devil on this one too – like the first one. And he probably didn’t know what was going on either.

However, if you rewind to the start, it is actually simple. At the end of “….Rising” the band sing this: “Hold tight MoLD are coming to town, hold tight, rock n roll is coming to town.”

Strip it all away and that is, really, all “Horrors” is. There’s just a hell of a lot of different types of it.