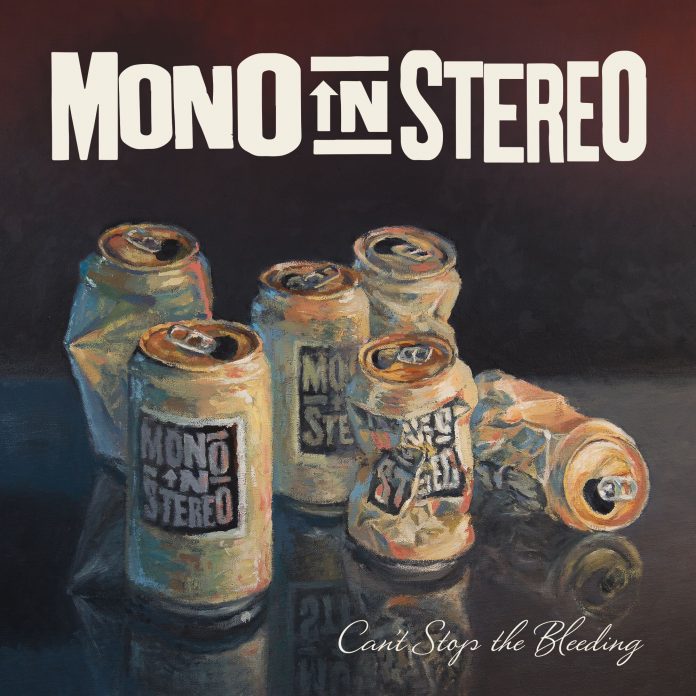 It can’t just be me, can it? There must be other people who forget how much they love a band or an artist until you go and see them, or they put something out.

Earlier in the year I went to watch The Hold Steady. I adore Craig Finn and the boys, but there was a moment when they came out on stage to play their first number “Constructive Summer” and the entire world made sense for a moment.

Right now, because Springsteen has released a record, I am remembering that although I might be an atheist, he might also be a God. The reason for this preamble and prevarication?

It could possibly be that Mono In Stereo don’t actually sound like Bruce Springsteen at all, but nonetheless, in the context of the week, the opener here “The Conversation” – first line “Highway 213 won’t take us there, but it will get us close….” Had me reaching for some sort of driving through the Oregon badlands (that’s where Highway 213 is according to Google – I like these reviews to be both informative and fun…!) type comparison. It’s blue collar – and as we all know if Bruce had failed his driving test, he’d have been screwed – so I can just about get away with it.

It also has the harmonies and attitude of the awesome Pkew x 3 and that’s probably more pertinent, but either way “Different Kind Of Man” has all the power chords and grit you could wish for. It is as timeless a piece of rock n roll as you will find anywhere.

“Not Your Fault” rumbles along like some late 1970s Elvis Costello thing. All lip curling cool and all pumped up, as it were, and whilst not a lot else on this superb 17 minutes gets to full on punk, then “Fores” does – and there is a feeling that everyone enjoyed it too.

The last one is the (near) title track “Can’t Stop The Bleeding (Send Me Away)” and it is an interesting take on an old theme. “The one thing I can’t do,” goes its hook, “is to rid of myself of you”, but then the backing vocals do all the “whoah, whoah, oh oh oh” soaring stuff of “Born To Run” and I am still going for my Springsteen motif.

The highway is jammed with broken heroes and all that, but this five tracker gives them plenty of interest on the journey at least. Mono In Stereo: whatever it means to you, “Can’t Stop The Bleeding” demands turning up loud.