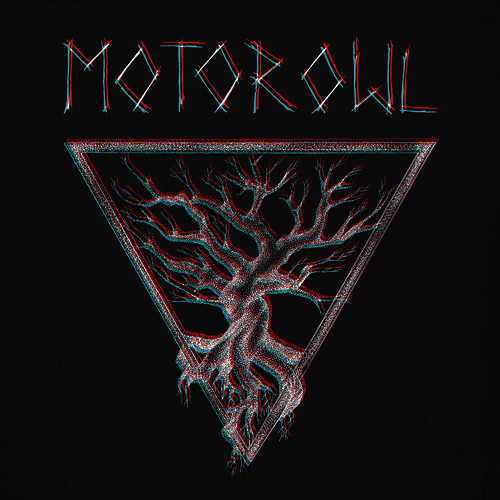 “Om Generator” – the debut album from impossibly young German’s Motorowl – has something of a feeling of a journey about it. From the opening of the title track and it’s first line of “Lucifer, come take my hand” to the gentle closing notes of “Spiritual Healing” might only be around 50 minutes in actual time, but metaphorically it feels longer.

The four-piece weren’t born in the 1980s, let alone the 1960s/70s  – dark world they inhabit –  but they do the psychedelic doom thing with just a hint of threat about it as well as anyone does.  If, say “…Generator” was a new Ghost song it would doubtless sell by the bucketload. Maybe, just maybe that’s why Century Media picked up on a rather enigmatic band from a small town, with barely a thousand Facebook “likes”? Well actually its more likely they are working on the belief that even in this social media obsessed age (all there is to tell you about Motorowl really is they claim to be influenced by “cheesy black metal”) that real talent, real songwriting and real skill, is sometimes all you need.

There’s plenty of that here on these eight tracks, and when you align that with the ambition that sees their second and third tracks on their debut record be a two part effort, its clear that they are not here to mess about with some fly-by-night bandwagon jumping, but rather to build a career.

That two part song “The Highest City” sees its first be a riff filled affair, the second is all lilting gentle acoustics, but still we are in a world of “psychopaths, burning flames and feeling safe under Lucifer’s hand” but right at the end of part II is all he reason you need to love this band. An instrumental passage with organ worthy of Spiritual Beggars seems to be the band saying: “yeah, pretty good, ain’t we?”

“Old Mans Maze” drips with fuzzy intent as if to carry the vibe on – merrily beginning with over a minute of music, and even when the lyrics kick in they are low-down in the mix as though they are secondary in importance.

“One And Zero” is the most outright doom influenced thing here, slow, methodical and a little more crushing than some, while “Beloved Whale” is an odd piece that moves from being gentle to roaring as it chooses and lord only knows what it’s about – like everything else here, though, it works.

There is a greater urgency shown on the pulsing “White Horse” than anywhere else, the song sounding not unlike Scorpion Child to these ears, whereas “Spiritual Healing” clocks in at over eight minutes and meanders from the genteel to being the heaviest, certainly vocally.

Debut this may be, but it does appear to have a certain polish and skill that most young bands could not match. There is nothing in the lyrics or the music to display any immaturity whatsoever, and the first Motorowl album is something of a hoot…….