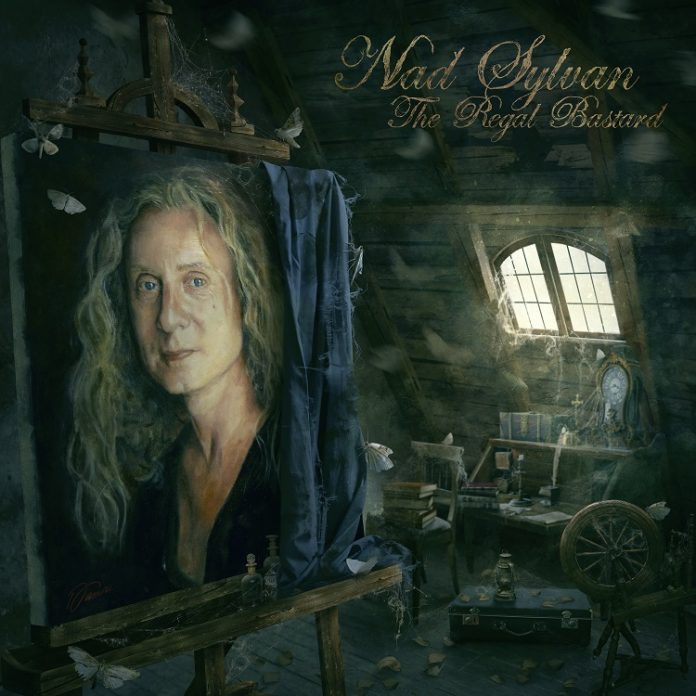 Nad Sylvan is not a man who just wants to sing the songs and go home again, it seems to me. He wants to interpret them, to live them almost.

I’ve seen him breathe new life into Genesis and Steve Hackett’s work, and he is one of the great theatrical frontmen, and that is ever more prevalent in his own work.

What it is not, though, is more of the same. The seven tracks that bring this story to a conclusion, find Nad in a different spot.

Don’t get me wrong, this is a prog record, but in the literal sense. That is to say it has progressed and it is progressive. Moving forward seems to be the watchword here, in truth.

“I Am The Sea” is a brilliant opener. Epic, sweeping, and with a fabulous solo from Guthrie Govan, but at the same time, it is telling that it starts the way it does. There is a pop chill in the air here.

Whatever is in the breeze of “Ohau” I don’t actually know, but there is a sort of voodoo beat. You could imagine all kinds of spells witchcraft going on as it plays.

Don’t make the mistake, either, of thinking that because it’s the third series as it were, you’d best not dip into it. For one thing, a little like Line Of Duty, knowing the previous plots is merely a help not an absolute requirement, and for another, I always think the song is more important than the story, anyway.

And this bastard has plenty of them.

“Whoa (Always Been About You)” could have, in honesty, been on one of those “Now That’s What I Call Music” type things in about 1985, with its electro stylings and polished hook, while “Meet Your Maker” recalled 10CC a bit to me, and waves hello with something close to a dash of Reggae, Reggae sauce.

There is no doubt what the centrepiece of this whole thing is – and actually it might be the best thing on the entire trilogy. “The Regal Bastard” itself is a labyrinthine journey through goodness knows where, but it is superb.

“Leave Me On These Waters” is the calm after the storm, as it were and there is no other word for the solo here than “gorgeous”.

The trilogy ends with “Honey I’m Home”, and it very much seems as though the credits are rolling on this one.

But it’s not the end, as such. There are two bonus tracks, “Diva Time” is basically barmy. Nothing to do at all with either the story – or indeed reality – but you can kind of imagine Nad flouncing around the studio giving it his best Beyonce impression in his rollers (but he wouldn’t mean it, that’s the difference).

The actual last one “The Lake Of Innisfree” is much better. Folky, and with ample strings sloshing all over the place, it is more akin to what you expect and – if I’m honest – want from Nad.

What a set of records, though! And Sylvan reckons his “dream” would be to perform them live. Can you imagine?! That would be a sight to behold.