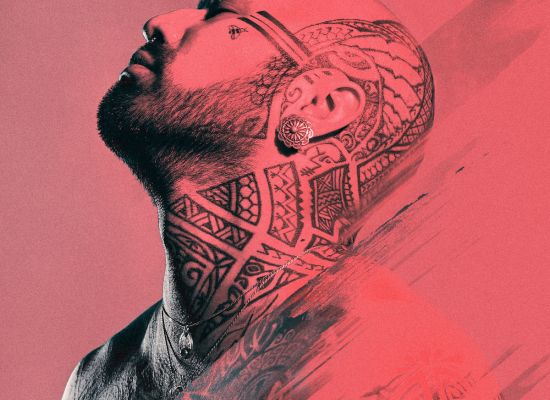 Nahko and Medicine For The People have a massive cult following around the world.Singer and frontperson Nahko is of multi-ethnic background and in a nutshell makes socially conscious folk and rock with soulful alternative R&B, his life story is one that many people would not survive. He was born to a Puerto Rican/Native American mother and a Filipino father, was adopted by a white, Christian family in Oregon and raised under the name David Bell. He later learned that his birth was the result of a rape, that his biological mother had been fourteen and sold into sex work at the time he was conceived, and that his biological father had gone on to be murdered, on a previous album, the song ‘San Quentin’ is about visiting the man who murdered his father in jail. A sixth-generation Apache, he took on the moniker of Nahko, a play on his middle name, Nahkohe-ese, which translates to Little Bear as a way of reclaiming his roots, and in his late teens and twenties, he began traveling the country, spending stints living as far afield as Hawaii and Alaska as he wrestled with identity, purpose, and perception.  His new album “Take Your Power Back” deals with grief, trauma, reconciliation, self-love, and acceptance and contain songs of growth, courage, and resilience.

The album opens with `Direcciones Taino` a conch shell being blown, and a direction song delivered by Nahko’s uncle in the Taino language. An acoustic guitar and Nahko`s emotionally charged vocals introduce `Fourth Door` a song that builds as piano and strings are added and Natalie Schepman from folk band Joseph`s vocals complement the singer as a tale of learning the importance of grieving and mourning is related. The addition of horns towards the end builds the song to a climax.

`Lifeguard` moves along at a pace, a lighter, more upbeat offering that enjoys some nice harmonies and will have you tapping your foot along to it. There`s quite a hypnotic beat to `Slow Down` a track that calls for us to ease back and take care. The latter part stops and has a grouped vocal singing the title as if to emphasise the plea.

`Healing Song` is quite probably a Native chant shared atop a drumbeat. Throughout the album we get similar segments that break up the album such as `Defend The Sacred (IIocano Welcome Chant)` Ilocano  being an Austronesian language spoken in the Philippines, the artist has a mantra being intoned as he shares a heartfelt spoken word oration about his childhood and more. Also `Oli Kukulu (Interlude) highlights a poem read by Nahko’s aunt, Pua Case, a protector of the sacred Mauna Kea, a dormant volcano in Hawaii.

`Is What It Is (The Cayote Burial) has some delightful guitar picking followed by a sound almost like hand claps along with melodic intonations. The title possibly an analogy of a friend`s passing. The beginning of `Give It All` seems remote almost like a demo recording before an acoustic guitar guides the vocals along this path of self-examination and learning to love oneself. There`s a wonderful fast-paced infectious beat to `Garden` a song possibly about growing having met someone who you maybe want to share the rest of your life with.

`Dear Brother` which features environmental activist and hip-hop artist Xiuhtezcatl Martinez in a search for a more spiritual focus of home and family. The edge becomes a little more potent in delivery as Martinez joins in as the number progresses. The sentiment on `Part Problem` is a recognition, acceptance and understanding that what you do in life has it`s consequences. There`s a pleasant musical balance as the sentiment of the song is at times almost rapped.

`Twisted` is a recognition of having to love oneself, and asking for help before allowing somebody else in, the style reminded me a little of LL Cool J`s `I Need Love.` There`s a real Paul Simon `You can call me Al` vibe to `Bend Like the Willow.` it draws on the artist`s experiences in the sweat lodge, a place he visits under guidance and returns cleansed and with a fresh view on life. There`s some wonderful brass excursions during this irresistible piece.

There`s a real funky feel `Take Your Power Back` which relates the need to take accountability for your own life, The ambiance and attitude of the song is almost reminiscent of the best that Funkadelic offer. There`s a touch of Afrobeat with `Honor the Earth` a contemporary take on the Great Law Treaty at Lake Onondaga, which led to the creation of the Iroquois Confederacy. The album culminates with `Skin in the Game` a tender reflection on the changes the artist has made through his life and the trials he has overcome to reach where he is today. The stripped back nature of the track with mostly just the artist`s voice and acoustic strummed guitar adds a further layer of poignancy.

After a difficult start in life, Nahko overcame these challenges and became a worldwide musical artist, activist, and charitable advocate but hadn`t really addressed the issues that lay deep in his psyche. He stepped back, took time out and undertook joint therapy sessions with his birth mother. This precipitated a reawakening of himself and his music and the result has been this album “Take Your Power Back” There`s a nice mix of styles on this release and Nahko has a wonderfully, almost velvety vocal range. The songs are powerful with subjects that are deeply spiritual, at times dark, personal, and emotional. This could be seen as new age babble from a less committed artist, but I found it quite humbling and empowering. In this difficult time that we are all living through, we may be inspired from what`s we`ve shared and begin our own journey of self-discovery.