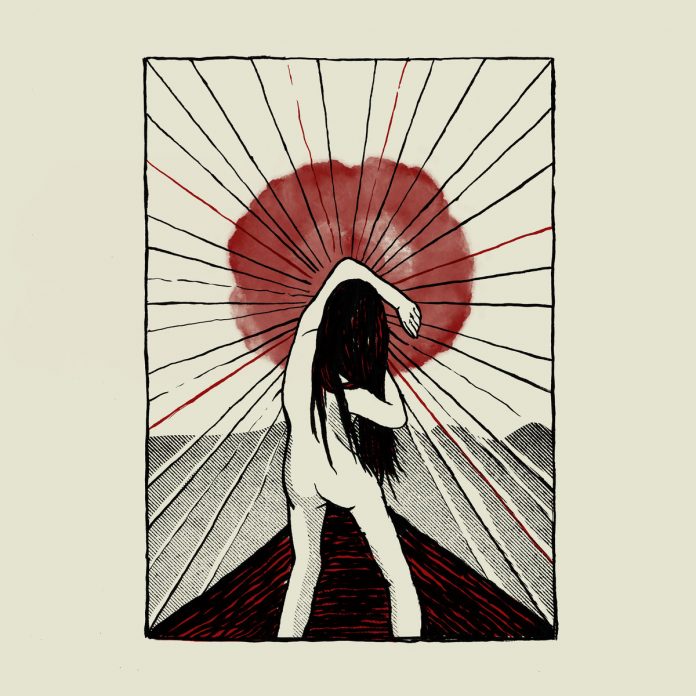 I feel it is Maximum Volume’s duty to inform as well as entertain.

Naut, according to the band is “a suffix in English used to form nouns meaning a voyager, farer, or tripper, the notion of travel and exploration of the self.”

So there you go. And it beats my thought that “its probably something to do with the sea, mate”

Warming to the task, I googled the name “Semele” to see what that was all about too. That has got a long and detailed Wiki page about Greek Mythology and cults and all kinds of things.

Put the two together and the EP makes sense.

“Semele” is the second EP from this Bristol mob, and although it is only three tracks and ten minutes, it feels like a journey.

The eponymous track sucks you in. Strident, classic rock-ish, it has the feel of a New Model Army song, and I am going to guess that no one is going to be too upset at the comparison. It also offers a mighty solo from Henrik Palm, one of the hooded monsters in Ghost and also in In Solitude.

You might think from that, you have them sussed, and whilst it would be wrong to suggest that there is a huge deviation from the path elsewhere, then “Spirit Horses” has more than a touch of The Cult – but only if Ian, Billy and the chaps were a post rock band, drenched in synth.

What sets Naut apart, a little anyway, is that they understand hooks and choruses. So even “Reprise” which is a little more psychedelic than much of the rest still is hummable, as it were.

There is something unsettling about this EP, like it has a dark side you need to explore, and the whole thing beats with a kind of tribal nihilism that makes it multi-layered and which reveals more of itself with each listen.

Journey, voyage, call it what you like, but “Semele” is never less than compelling.