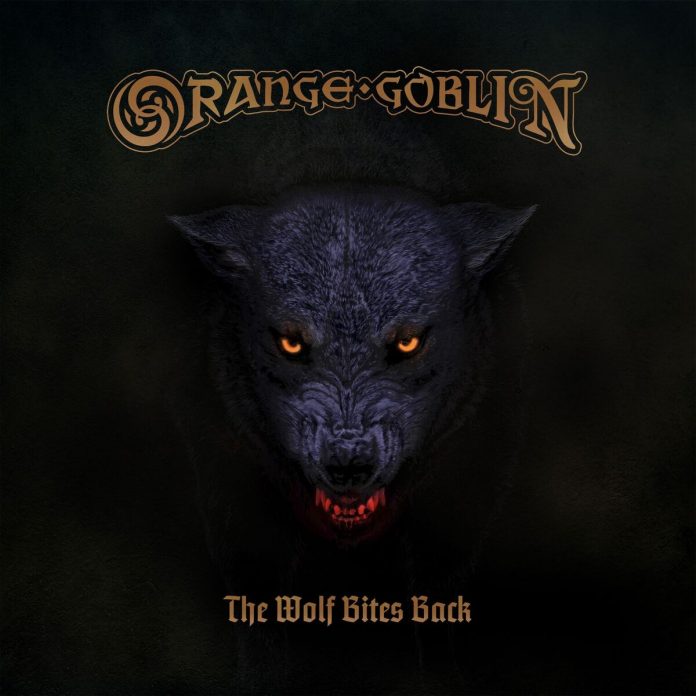 In the annals of my history, it is one of the oddest things to have happened.

Four years or so ago, I was – as I often am – at a local cricket match in Birmingham one Saturday afternoon in late summer and I was – as I often do – wearing an Orange Goblin tour t-shirt.  A bloke walked past me with a little kid, carrying a bat, and motioned towards me. I pulled out my headphones and then had the following conversation.

Bloke: “like them do you, did you see them in Wolverhampton?”

Bloke: “nah, not my thing. My brother is in the band, though, fair play to them, they’re doing really well.”

He then took said toddler off on a stroll around the ground, and I never saw him again.

There is a point to that story, really there was. It got me thinking at the time, if your own brother isn’t a fan then crikey you are the underdogs, and no matter what Orange Goblin have done – and over the last few years their emergence as a mainstream force has been most gratifying for those that always loved them – there has always been an air of independence, of the outsider about them.

Which brings us to “The Wolf Bites Back”. And the rather scary thought, to be fair, that album nine comes 21 years – that’s TWENTY-ONE years – after “Frequencies From Planet Ten”, but the thing about entering your third decade in rock is that you have to change things up, don’t you? And, to a large extent, that’s what Orange Goblin are doing here.

This is not the panic it would be with other bands. Other bands would release some bland, unlistenable crap, tell you that it was your fault and you didn’t “get it” if you thought it was shit – and then have the nerve to call it progress.

Goblin, though have always been about evolution rather than revolution, and they are already a very different band than the one they were on “…Ten” for example and the last two – the wonderful “A Eulogy For The Damned” and “Back From The Abyss” – took them into different areas. It’s just that on “…Back” the areas are more disparate.

“Sons Of Salem”, the opener, perhaps deliberately gives a classic sounding OG rumble, but even here, if you listen carefully you will perhaps detect a touch more groove, a shade more NWOBHM, as Ben Ward roars, as only he can, the vocals.

The title track has an acoustic tinge to start with, but then throbs with electricity, pulses and settles into a riff that could lay waste to the average semi, and just for good measure, it possesses a chorus that is somewhere beyond catchy.

Now they are off and running and frankly mere mortals ain’t stopping them. “Renegade” is filthy, like Clutch playing Corrosion Of Conformity tunes in a grease filled shed and if that means business as usual mostly, then “Swords Of Fire” is anything but.

The bass with which Martyn Millard ushers in the track is ominously oppressive, the doom-laden riff is something Conan might do, and the way Ward sings it is incredible. This is not the sound of a band getting less willing to go out on a limb with age. Anything but.

And neither is the one that follows. “Ghost Of The Primitives” with its bluesy feel before kicking in for a real headbang is another example of the extremes this album works in. Ward spits the lyrics – condemning religion – with real venom. This is sprawling and ambitious, but not too long for all that, nothing here is.

“Suicide Division” definitely isn’t lengthy. Instead, it’s somewhere between Motorhead and Zeke, a couple of minutes of sonic maelstrom, but it does give way to another that makes you understand just how brimming with ideas Orange Goblin are in 2018. “The Stranger” (possibly about a serial killer) is brooding, menacing and it lurks in some dark places. Ward speaks the vocals and they’ve not sounded like this before, even as it builds.

The fact that Goblin’s lyrics are a little different this time too, doesn’t go unnoticed. “Burn The Ships” tells the tale of the rich and powerful not giving a shit about the rest of us – “send you to the front line, while they kick back with their fine wine” – is contemptuously delivered.

The last one, “Zeitgeist” in many respects ties all the remaining loose ends up. It is a summation of where Orange Goblin are. Metal tinged, but with something of a widescreen approach. Horns up, but the screeching solo tells its own story, and when Ward sings “the search goes on and on” you do sense it has a deeper meaning and might concern the quest for something new that “The Wolf Bites Back” clearly is.